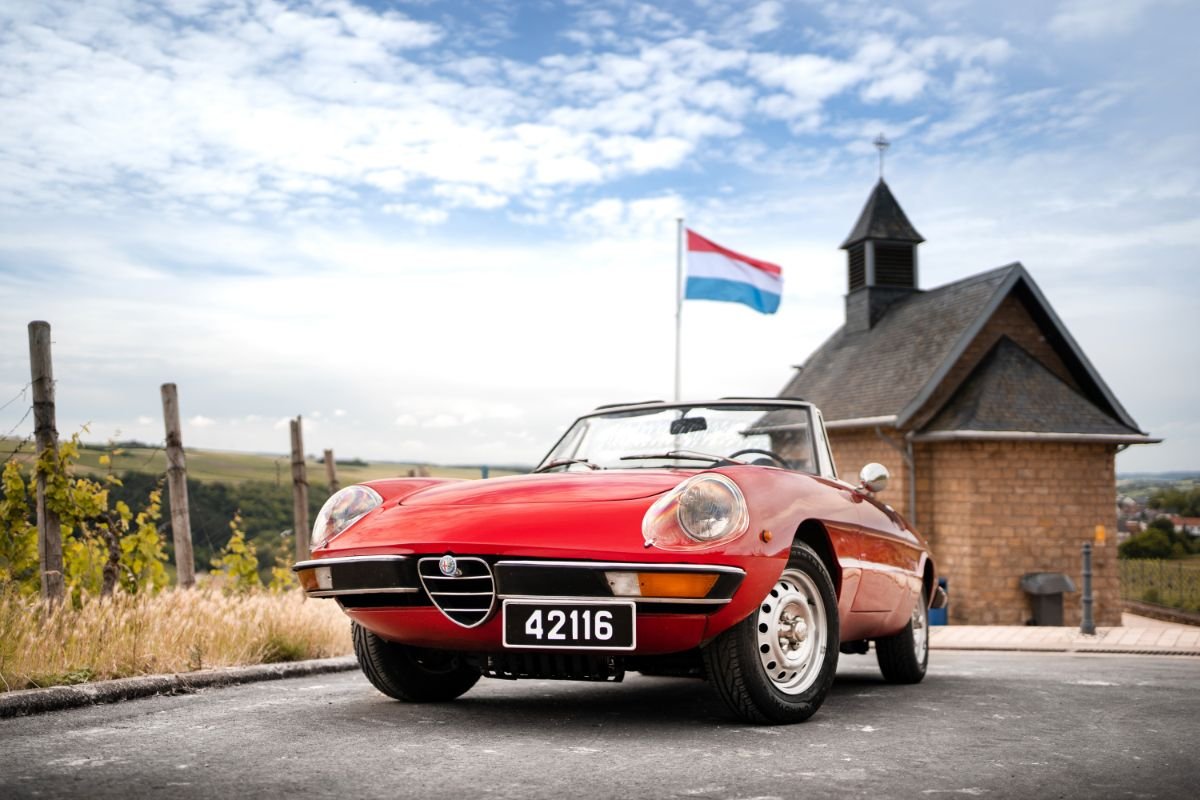 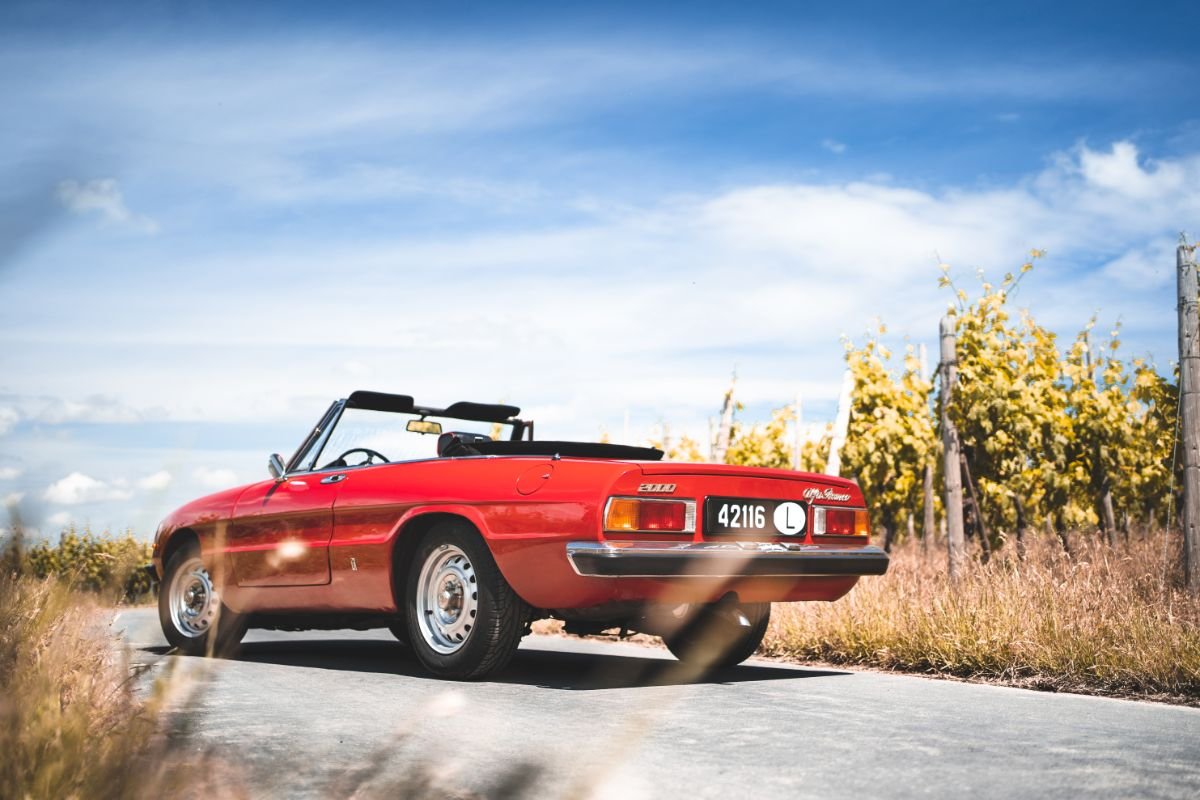 There aren’t too many cars that qualify as style icons. Many try but are either too contrived to succeed or lack the appropriate historical resonance. One car that’s become a true classic is Alfa Romeo’s original Spider. Here is a car that survived in one form or another for over a quarter of a century but which still seems as relevant and as desirable as ever.

Although convertible versions of the Giulietta Sprint date back to 1955, it wasn’t until 1966 that Pininfarina styled the Giulia Sprint Spider, originally with a 109bhp 1600cc engine. This model, dubbed the Series 1, achieved fame in the Dustin Hoffman film ‘The Graduate’, and underwent a few incremental changes. The Series 1 was replaced in 1970 by the Series 2 with 1300cc and 1750cc engines. But the car that really cemented the Spider’s place in history, the popular 2000cc Spider Veloce didn’t arrive until later that year.

Considered a bit left-field compared with the rivals from Fiat and MG, the Alfa was always the more discerning choice, with five speed gearboxes, twin cam engines and swooping styling. The Spider proudly remains the last project with which Pininfarina founder, Battista “Pinin” Farina, was personally involved. It was also the last rear-drive Alfa Romeo until the 8C Competizione exploded onto the scene. 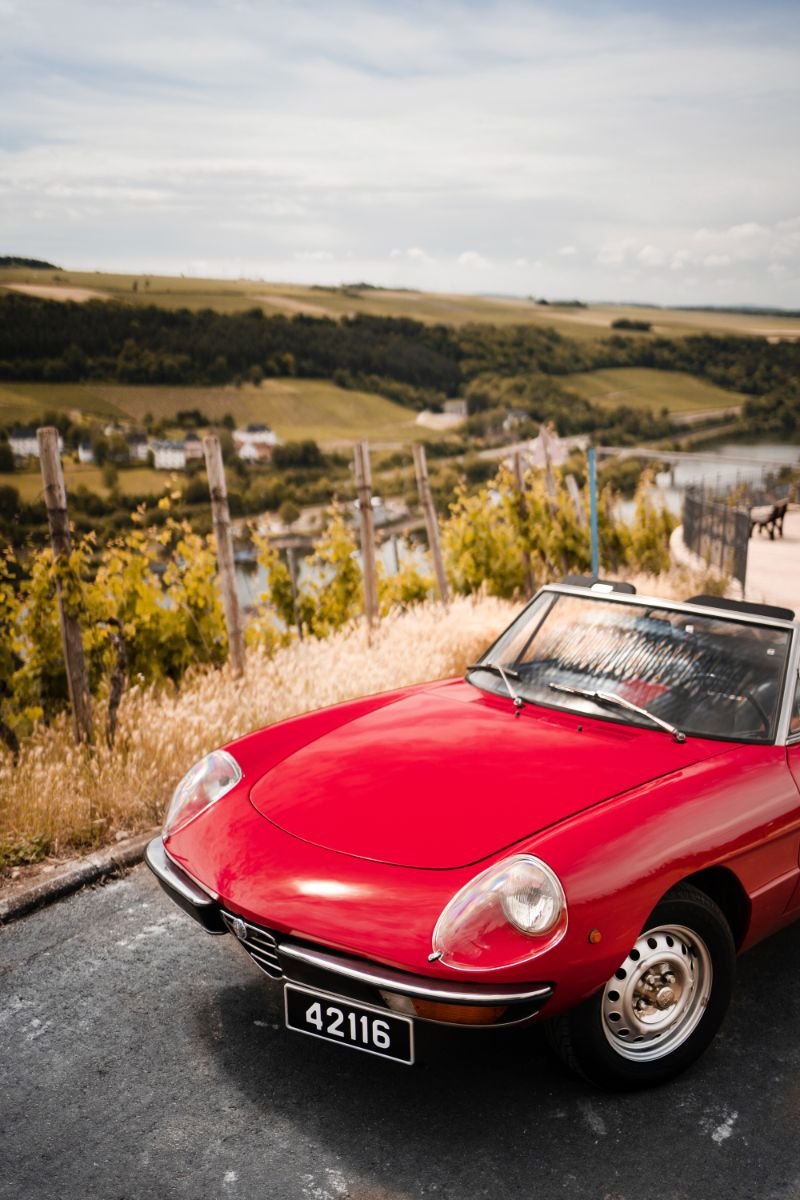 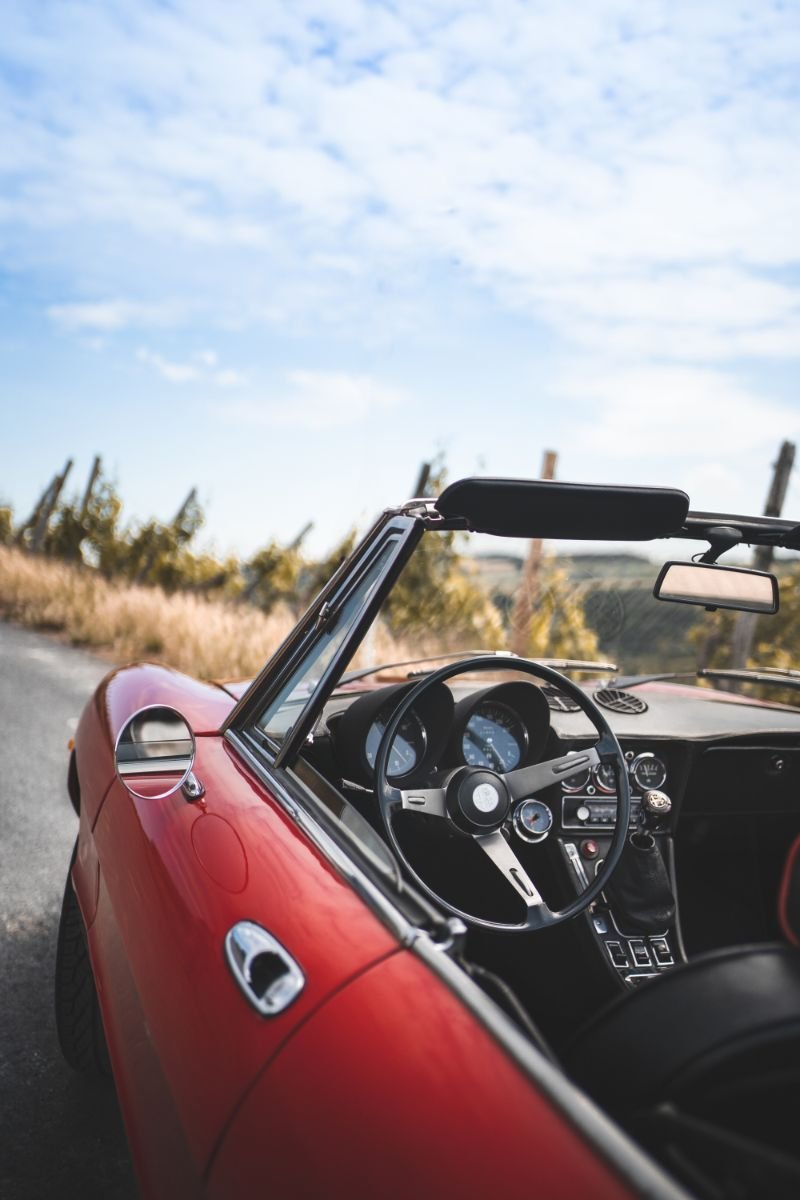 Angelina is a 1974 Alfa Romeo 2000 Spider Veloce. A desirable series 2 with the biggest engine available, a 2 liter, twin-cam 4-cylinder, producing 130 horses. It is named after Angelina Valadin, Nicola Romeo’s wife, one of the founders of Alfa Romeo.

There is something special about driving this classic; pretending to be a young Dustin Hoffman on his way to a secret rendezvous with Mrs Robinson. Also the Alfa Romeo 2000 Spider Veloce embodies the Alfa Romeo racing spirit from the glorious Targo Florio era of the 1920s.

This is something that’s been lacking in many newer models. Styling details such as the wonderful thin steering wheel, the beautiful chrome dials and the understated comfortable leather seats only add to the delightful driving experience. The 2000 Spider Veloce is not just an Alfa Romeo classic, but also an icon in automotive design.

In this piece of art on wheels you will certainly sit with a huge smile on your face. Every time. Anytime! That smile gets even bigger as soon as you realize the best Spider engine is laying in front: the 2.0 liter, also known as 2000 Veloce! An when an Italian says it’s “Veloce”, it truly is “Veloce”. Especially for its time, this Alfa is a very smooth car to drive. The non-turbo 4-cylinder 2.0L was the absolute top version of the 2nd Spider series. 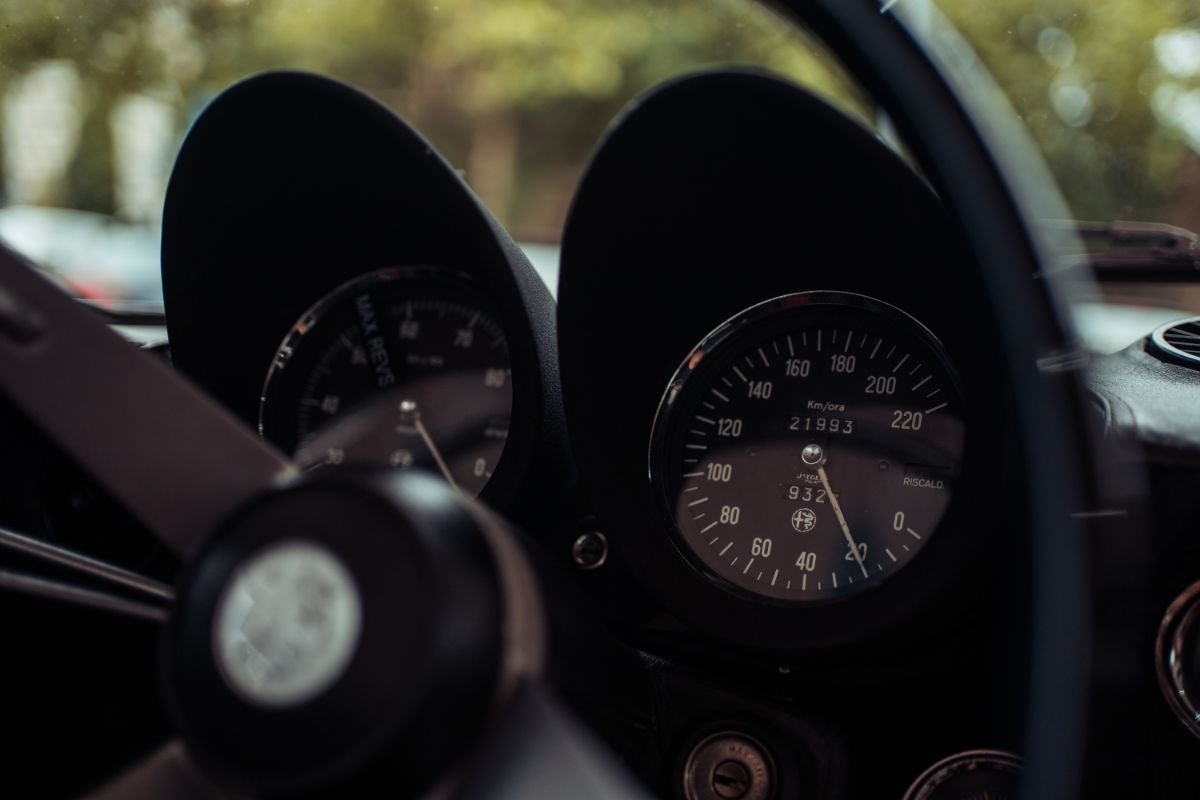 Compared to the antiquated MGB and Triumph TRs, the Alfa Romeo Spider is streets ahead and still feels pretty modern. It’s fantastic twin-cam 2 liter engine pulls and sounds glorious. Sunny or no sunny weather, this classic gives you goosebumps.

Drive it
Buy it 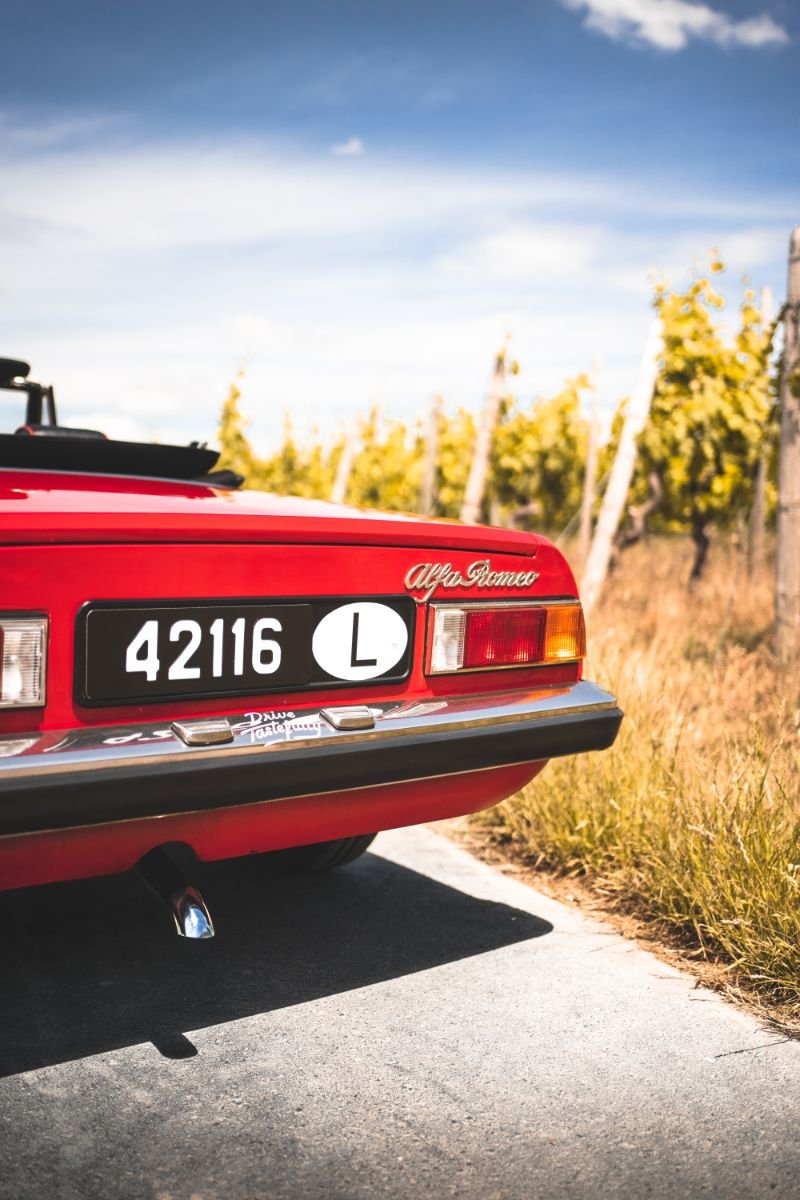 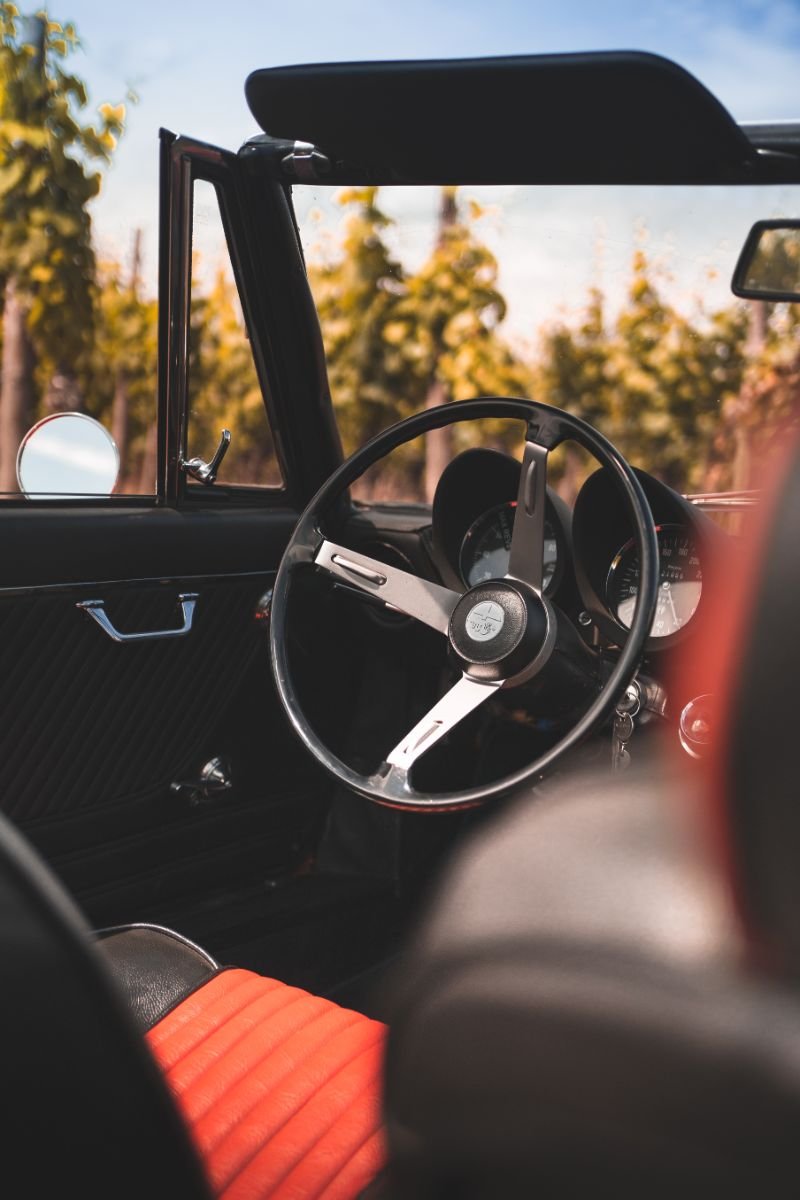