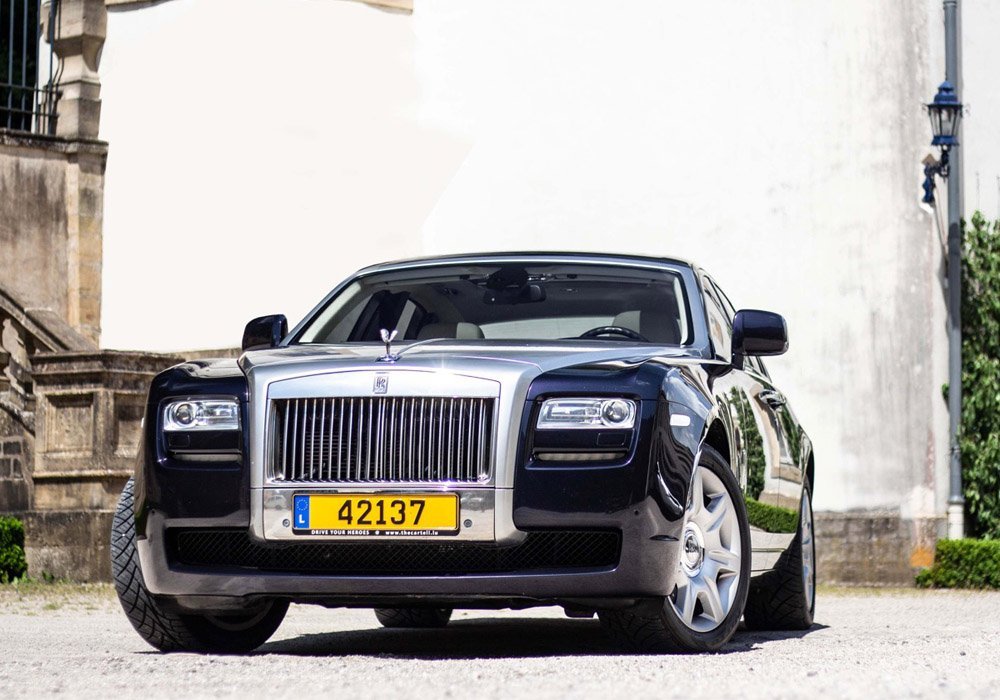 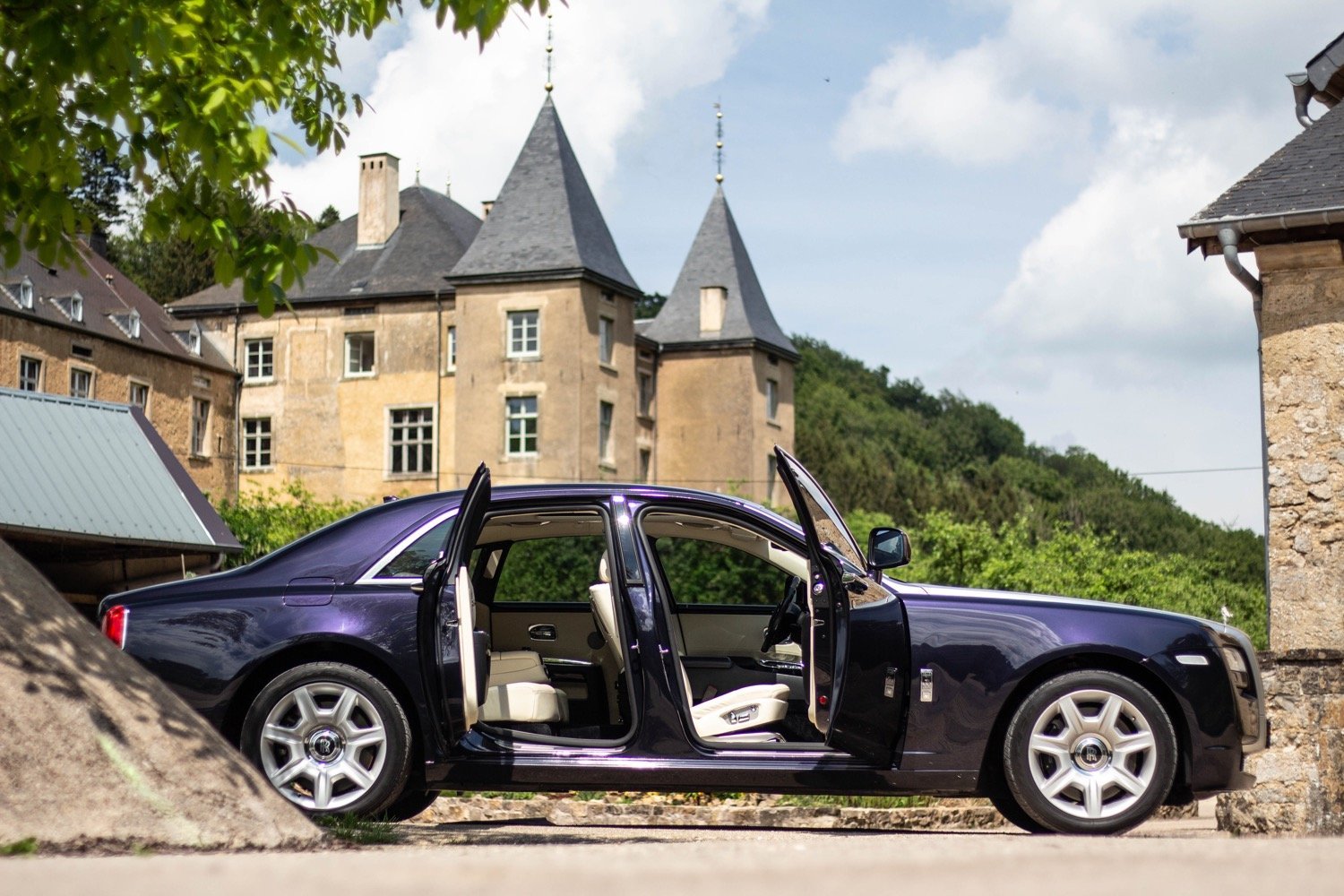 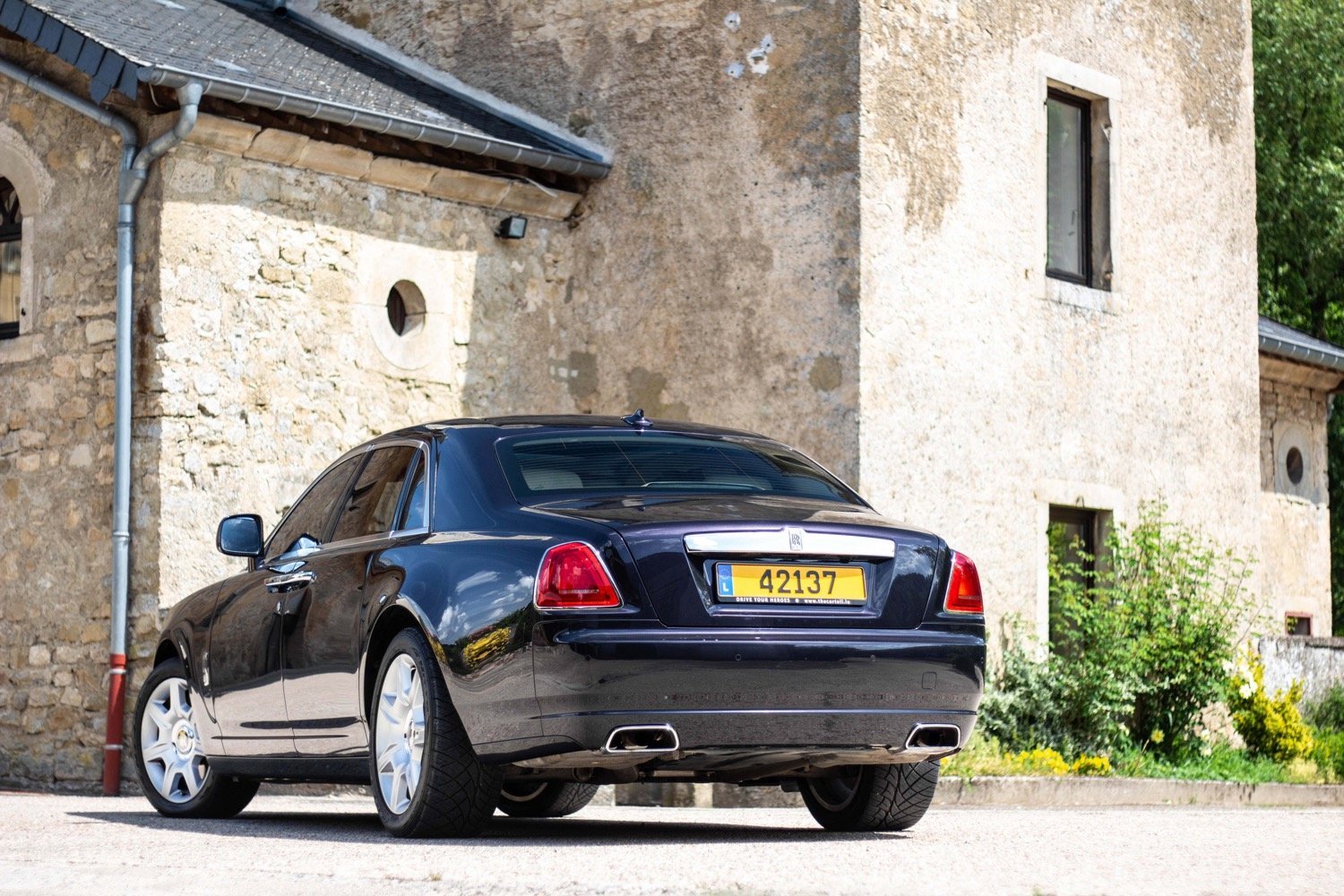 The Ghost is a Rolls to take when the streets are windy and the chauffeur’s got the day off. Smaller, in the same way a tanker is to a supertanker, the Ghost keeps Rolls-Royce’s imperious manner and old-world charm but invites you to sit behind the steering wheel.

The Ghost name was first attached, literally, to a Rolls-Royce in 1907. Needing a PR stunt for its new model, Rolls painted a car silver, screwed on a plaque proclaiming it ‘The Silver Ghost’ and set off to prove its drivability. It became the most famous car in company history and remains the essence of Sir Henry Royce’s creed: “Whatsoever is rightly done, however humble, is noble.”

Emily, short for Emily Edward Tudor, is a 2010 Rolls Royce Ghost. Her previous owner bought it new in Moscow, then took it with her to Dubai and finally back to Monaco. It wears a two-tone paint-job in Royal Purple and Silver, referencing both its Royal presence and its origins back to 1907.

Boasting a mighty 570bhp from its 6.6-litre, twin-turbo V12, it would be described in traditional Rolls-speak as having ‘rather more than adequate power’. Rolls-Royce likes to think of the Ghost as being less ‘blingy’ than the Phantom, but compared to any other four-door on the market it still looks distinctly regal out on the road. That massive chrome radiator and the sheer size of the car certainly give it presence.

You’re more likely to drive the Ghost than its Phantom bigger sister, though it’s still a sizeable machine to pilot around town. The ghost will reach 100km/h in 4.9secs. That should let you escape swiftly from even the most determined traffic- light beggars. Else we are not concerned by how fast the Rolls-Royce Ghost is. Yes it’s good pub-grade trivia to know that this mobile mansion is as quick to 100 as an Aston Martin Rapide and barely a blink slower to 200 than an Audi R8, but this is a Rolls, for goodness’ sake, and if ever a car was about the quality rather than the quantity of its performance, this is it. The engine is smooth and cultured. The bulging torque curve means that even if you only ever used half of the available revs, the Ghost’s performance would remain highly impressive almost all of the time.

Still, travel by Rolls-Royce has always been as much about riding as driving, and your passengers will find the Ghost a wondrous place from which to watch the world sweep by. The ride is excellent, the ghost’s trick air springs even able to detect which side a passenger sits in the rear and adjust accordingly. The Rolls glides effortlessly over bumps and dips in the road. The feeling is almost ethereal.

Ticking all the right boxes

The Ghost is a miracle of refinement and elegance. Driving this car is about lowering the pulse, not raising it. The silence is ghostly – pardon the punt – and the ride is like travelling on a cloud, just wafting along the road in complete confidence that you will arrive at your destination rested and relaxed. And then there is the suicide doors in the back. Not only will they allow for the most elegant entry and exit, but also because they will make you look so very cool. 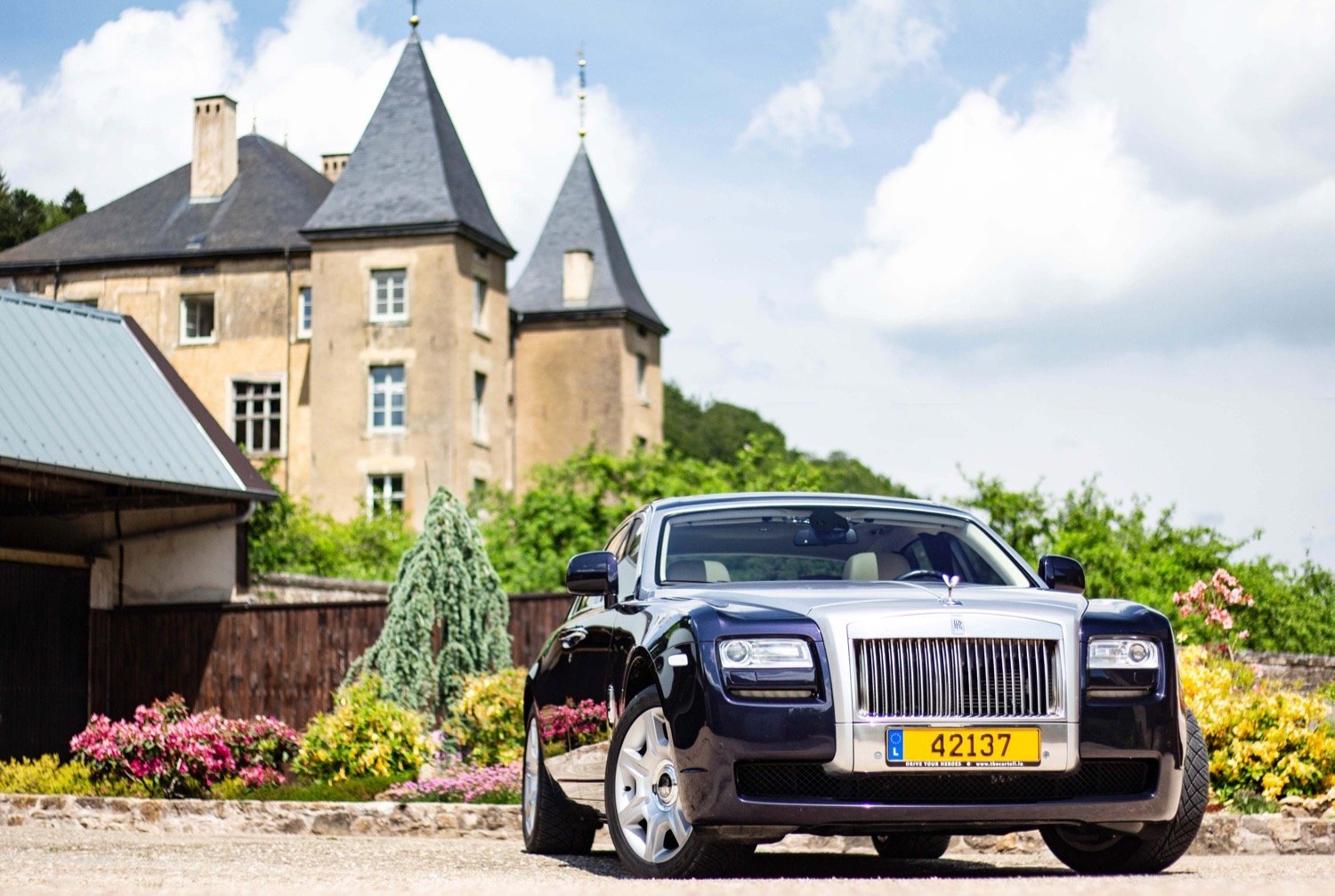 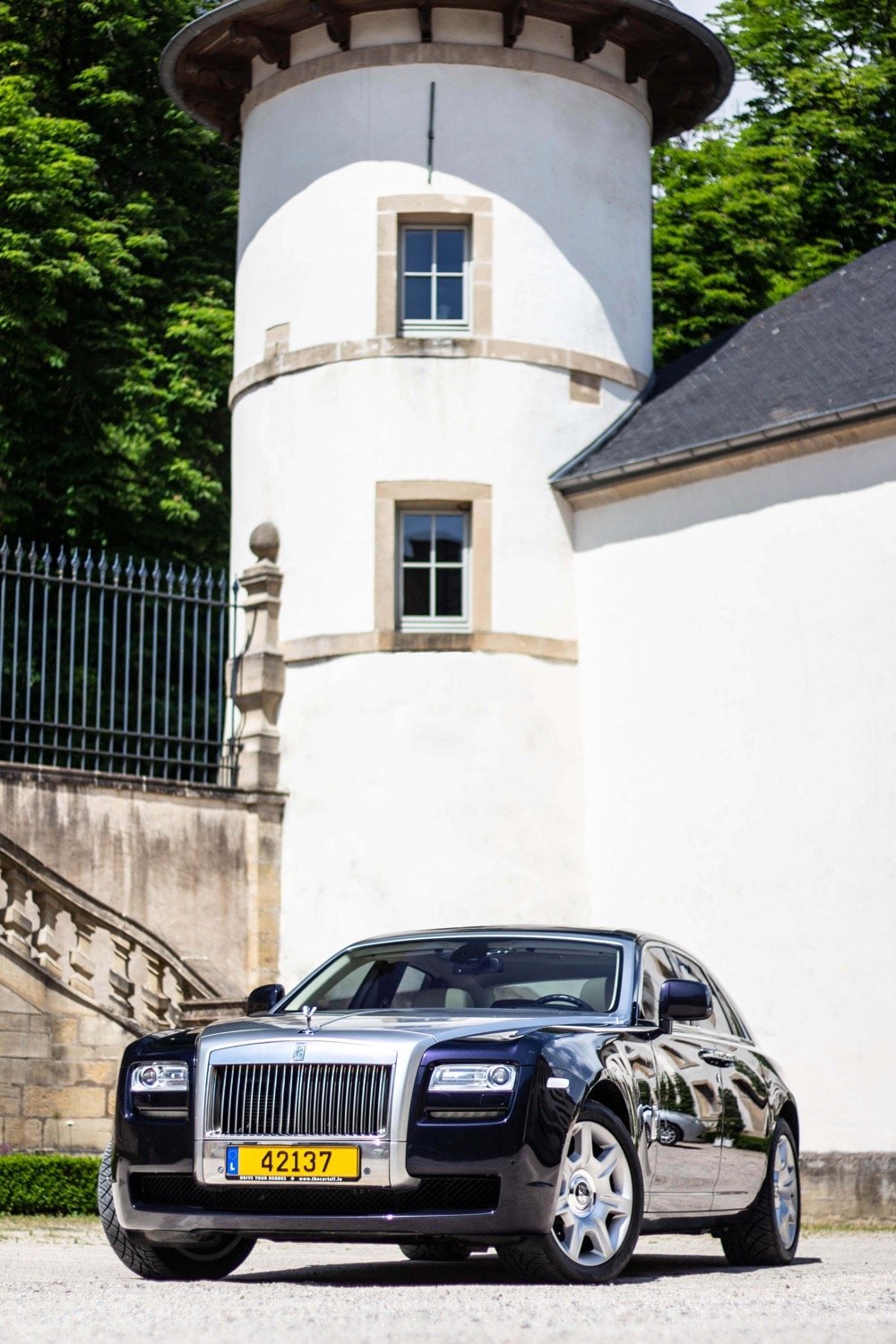 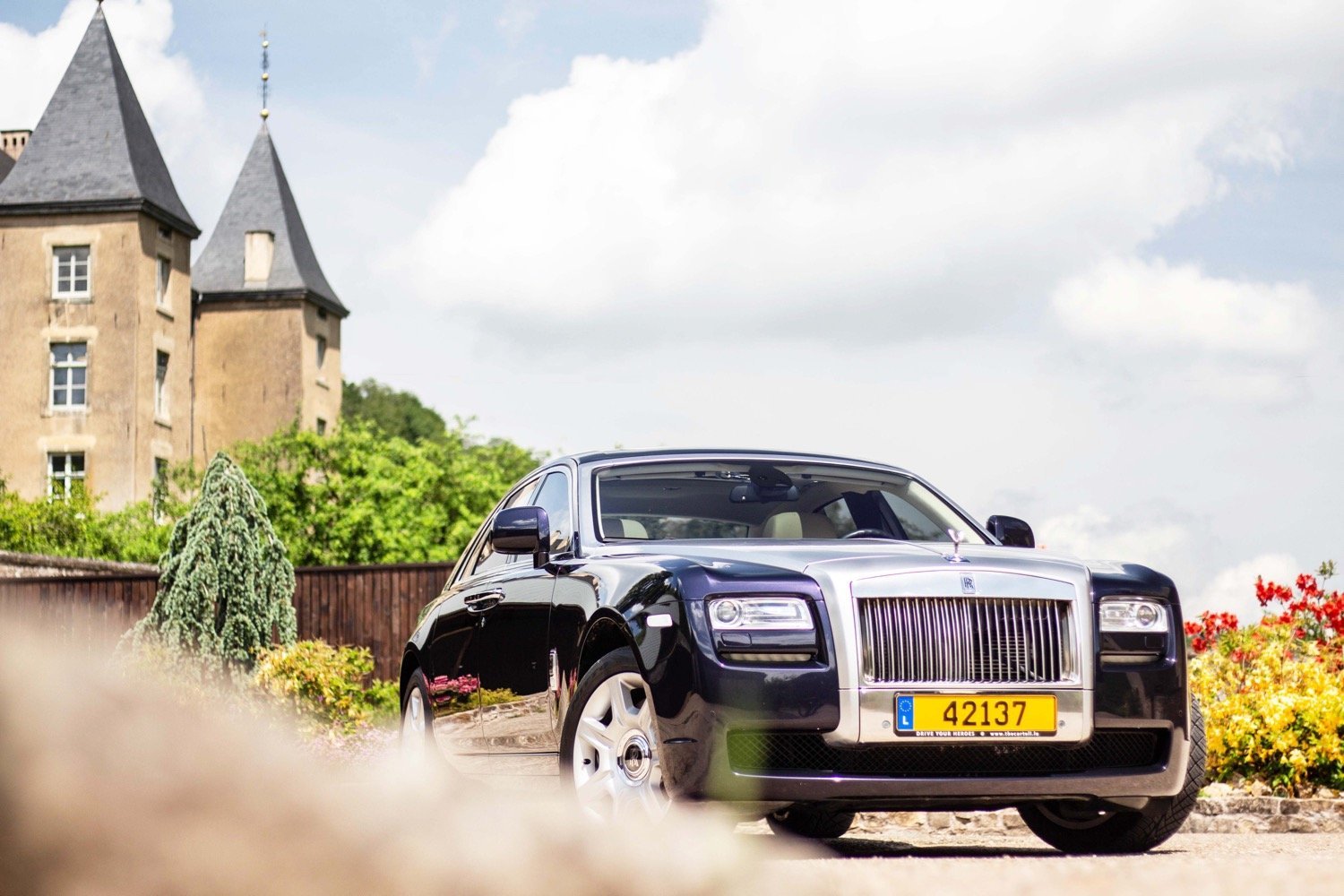 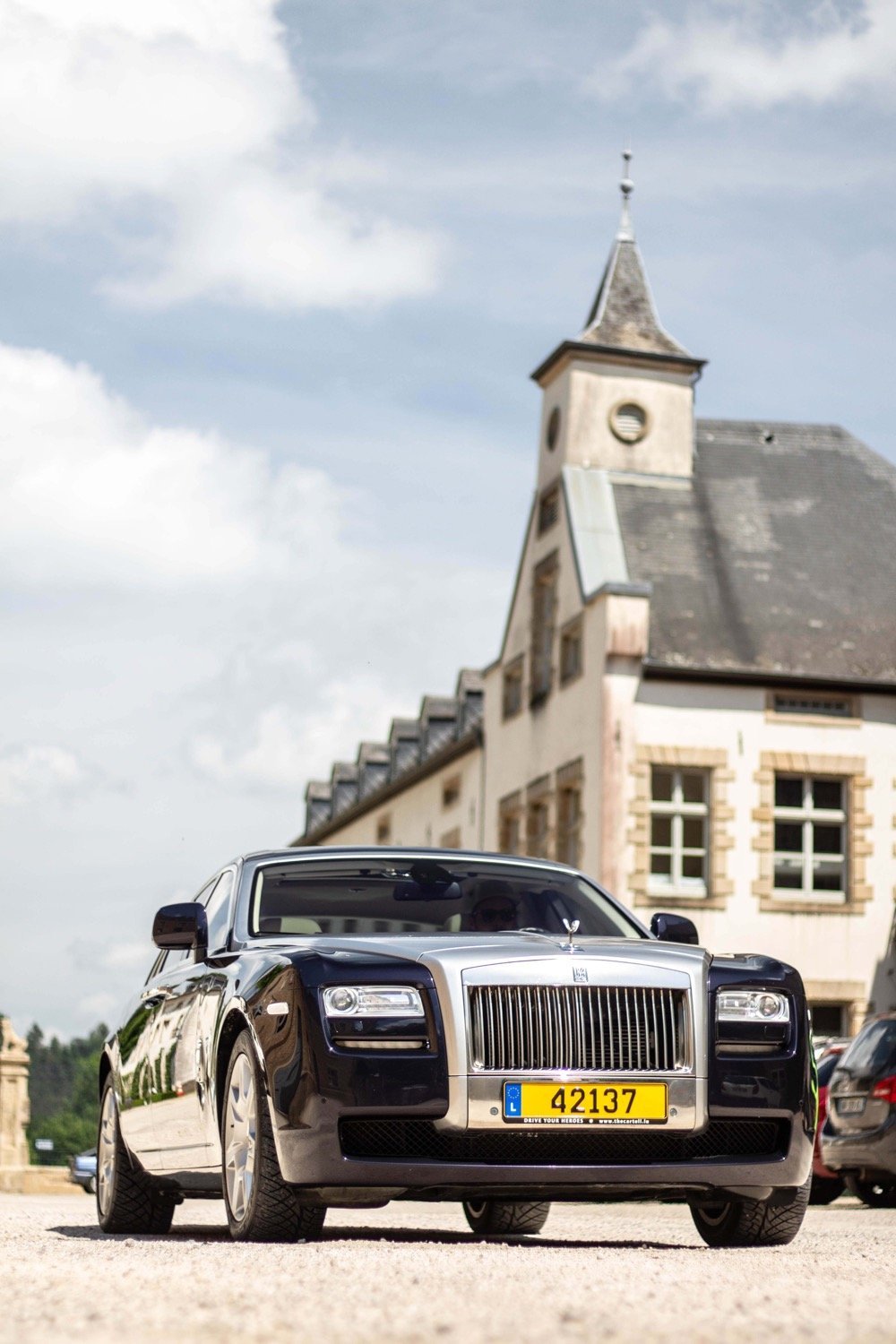 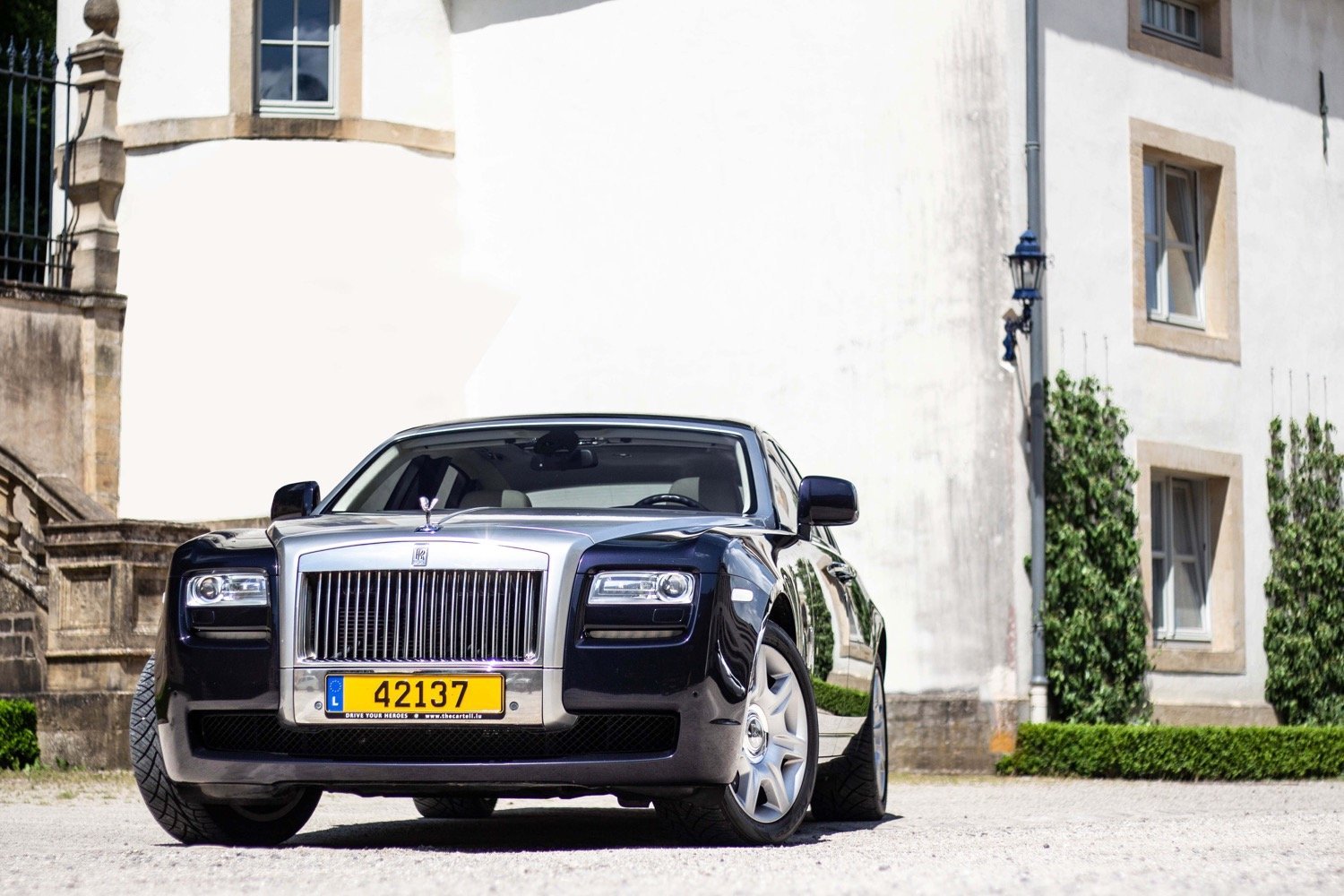 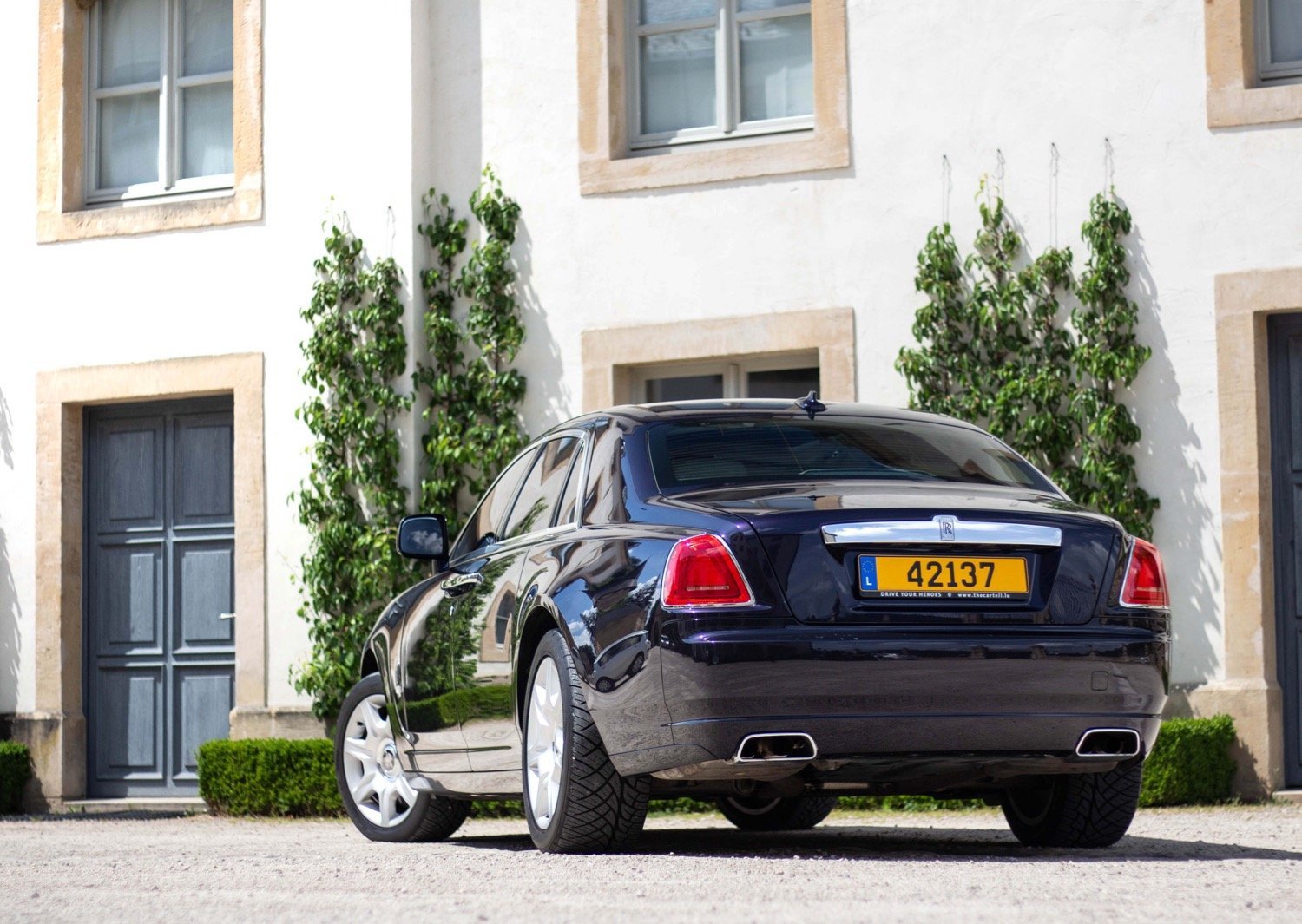 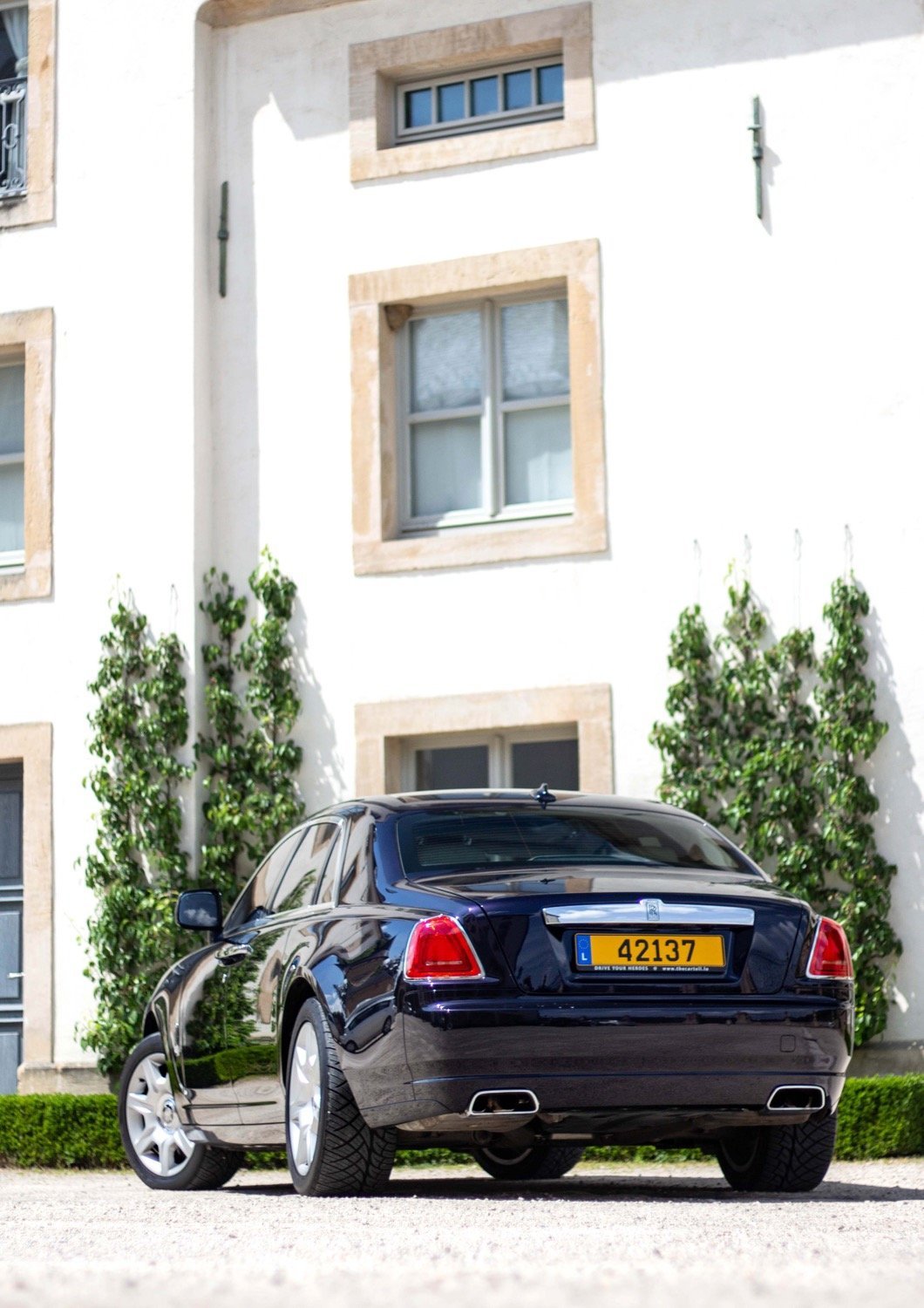 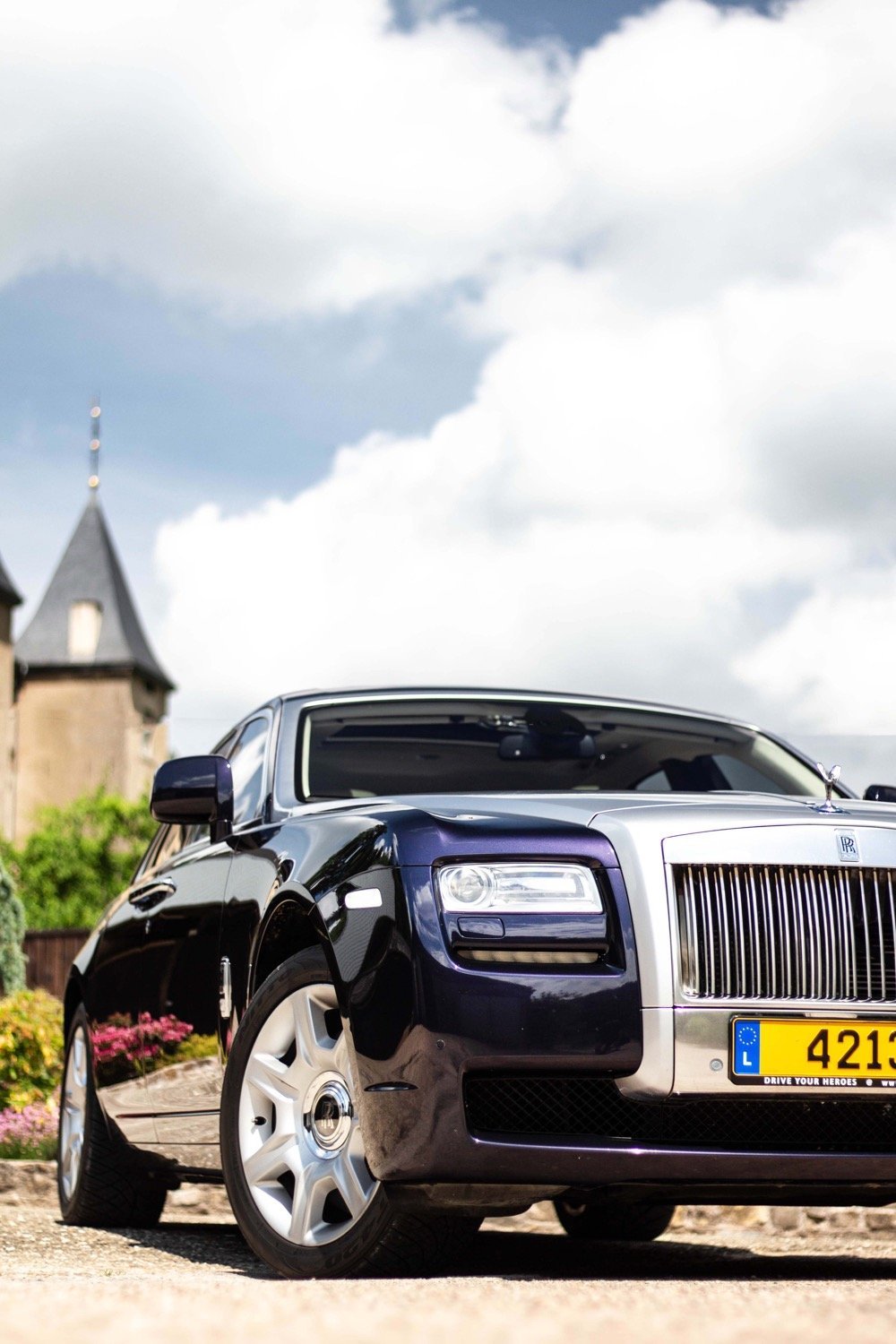 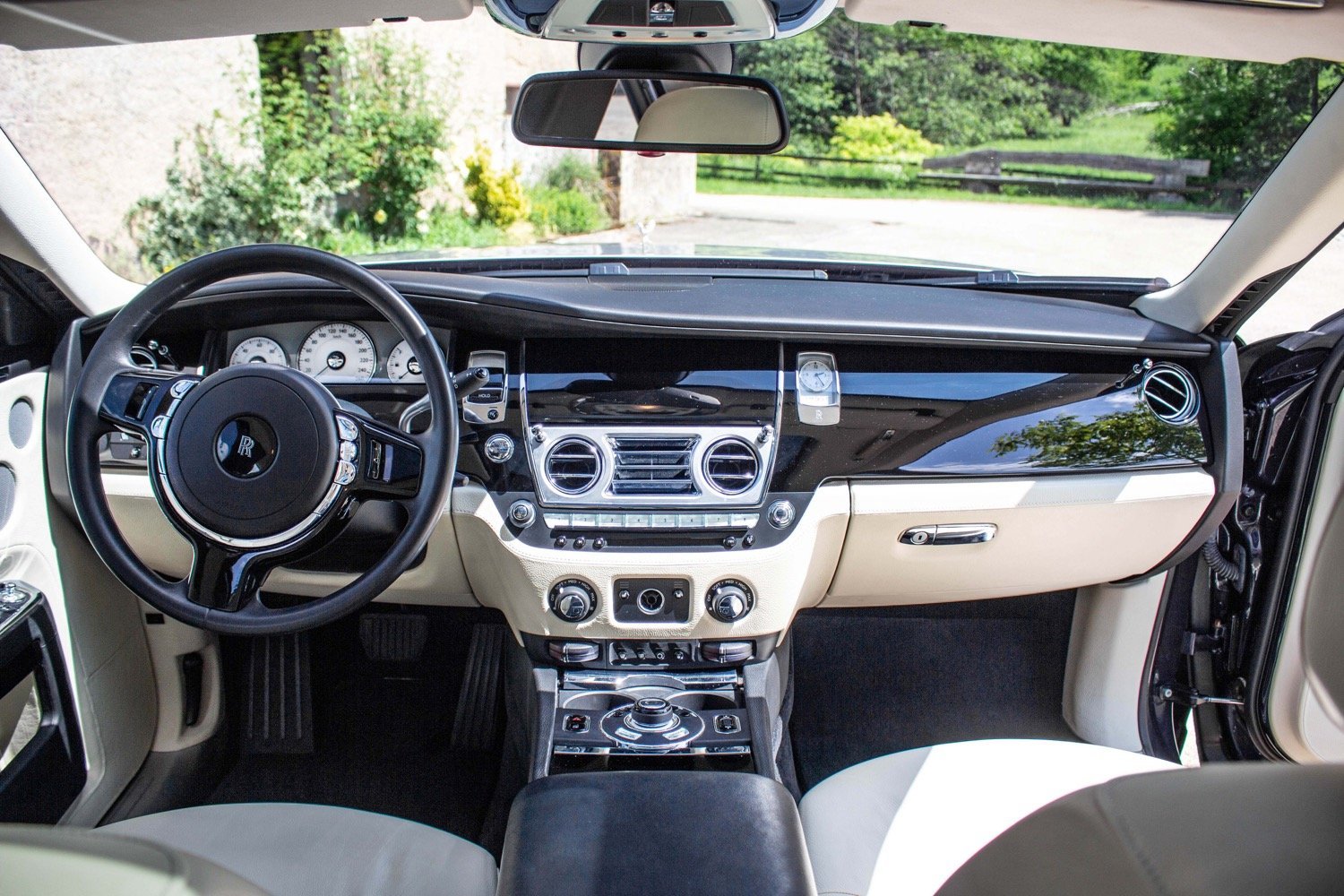 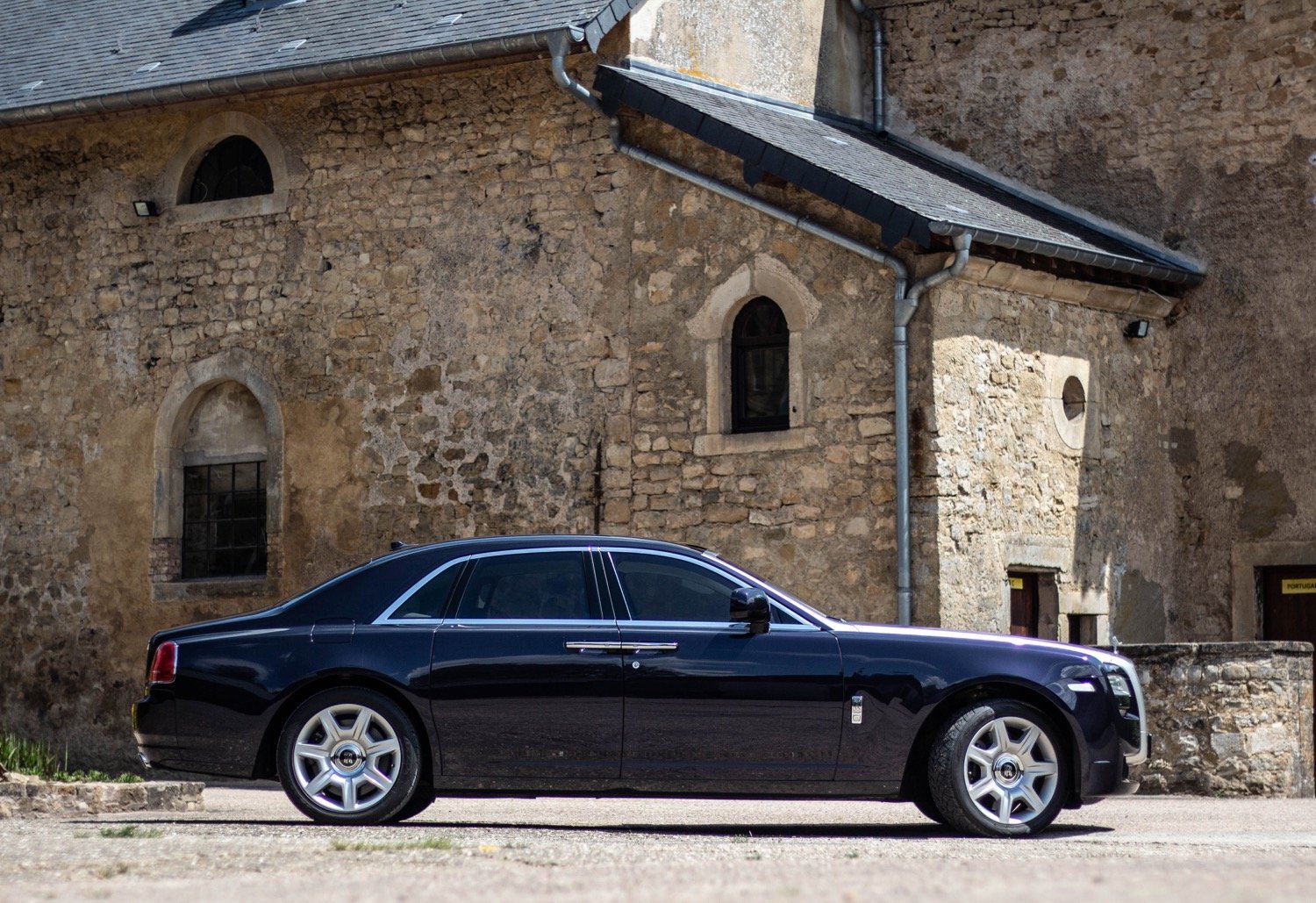 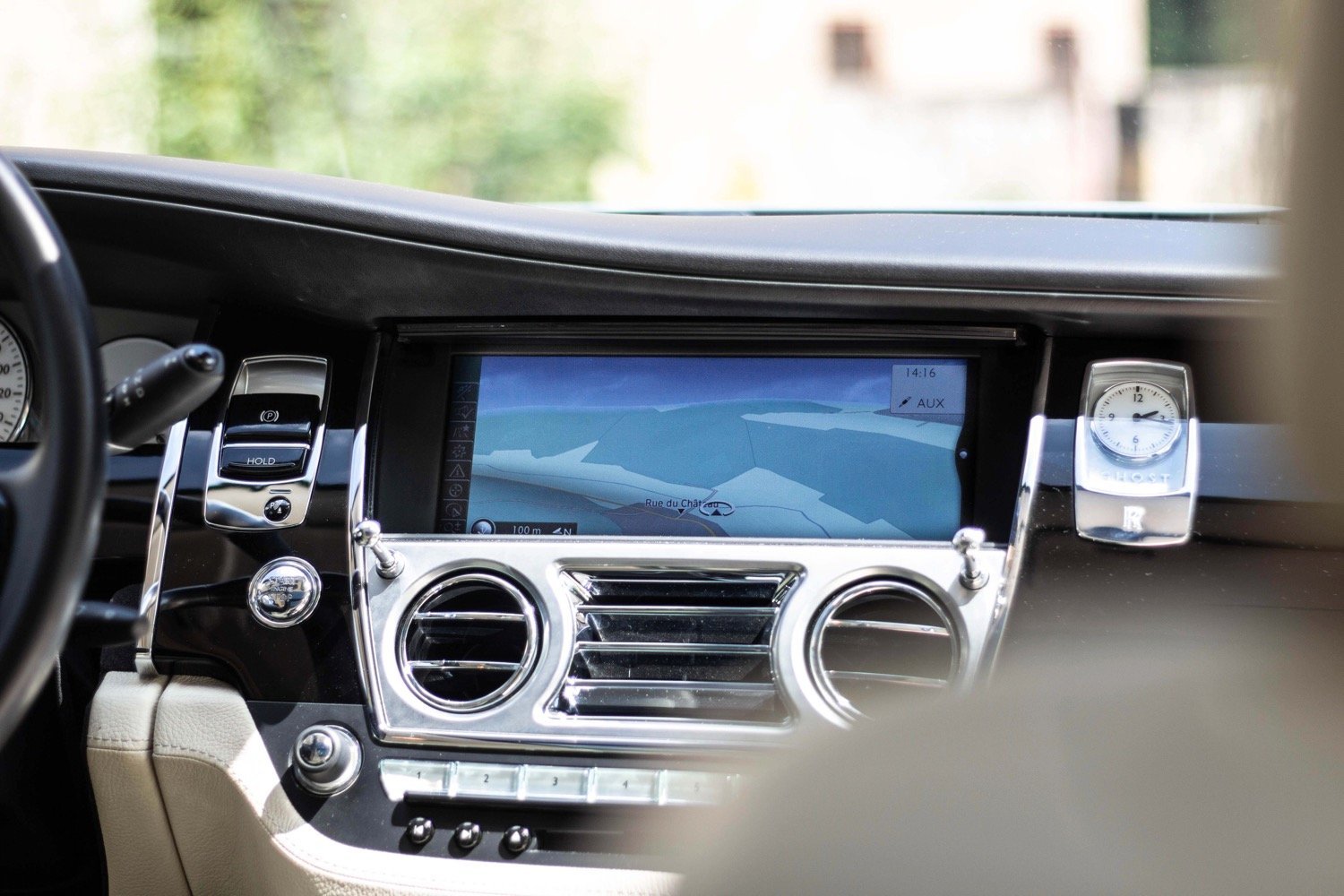 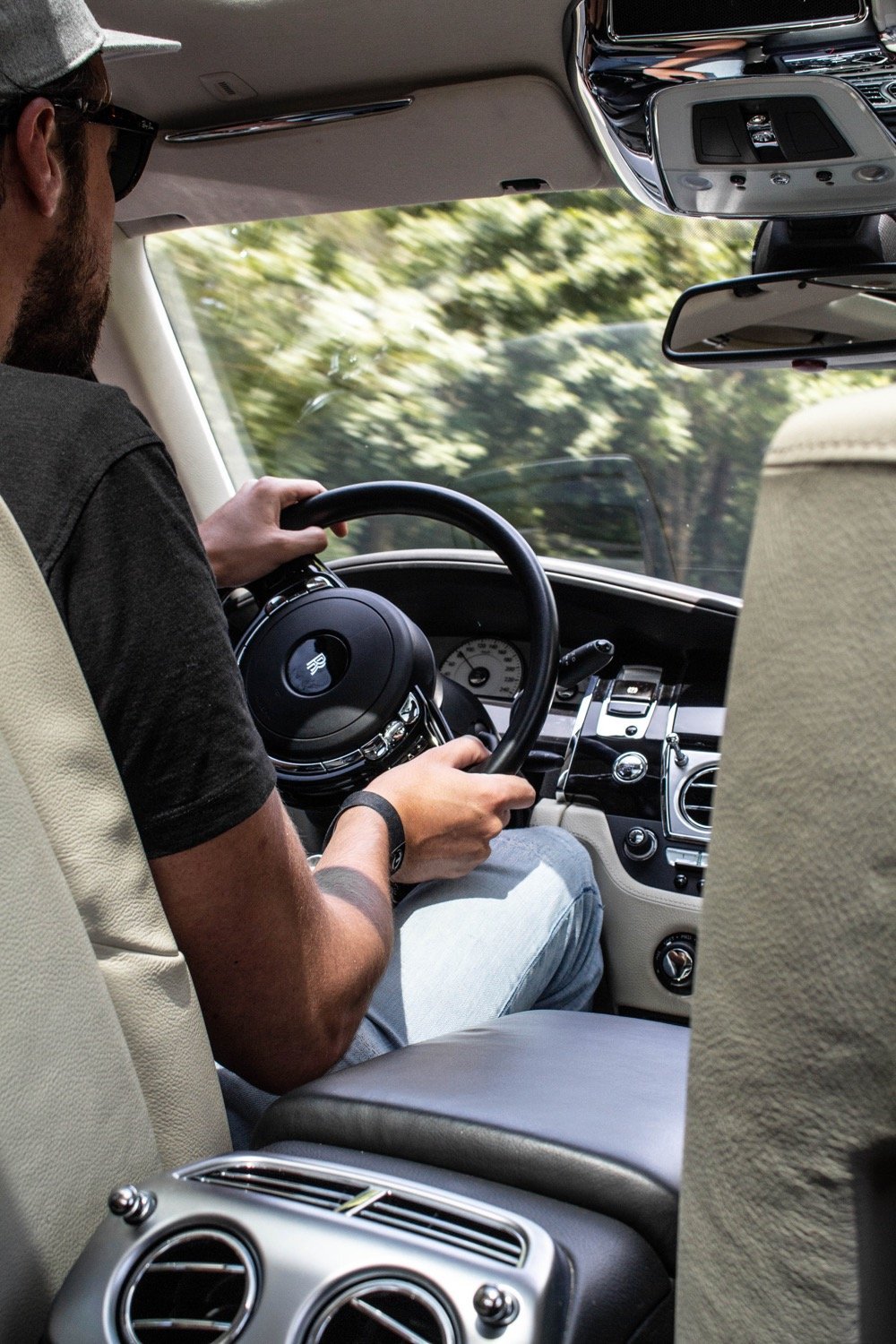 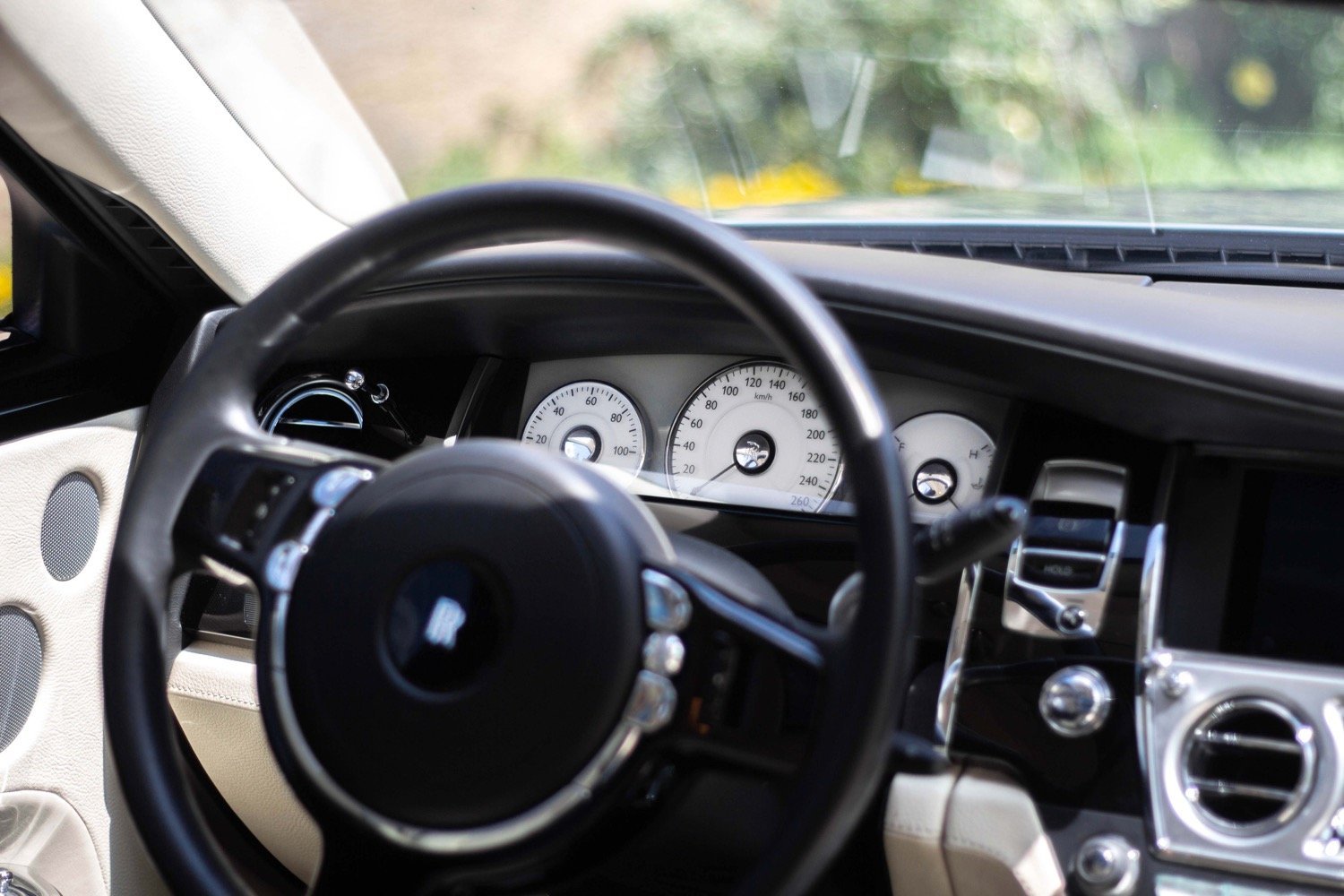 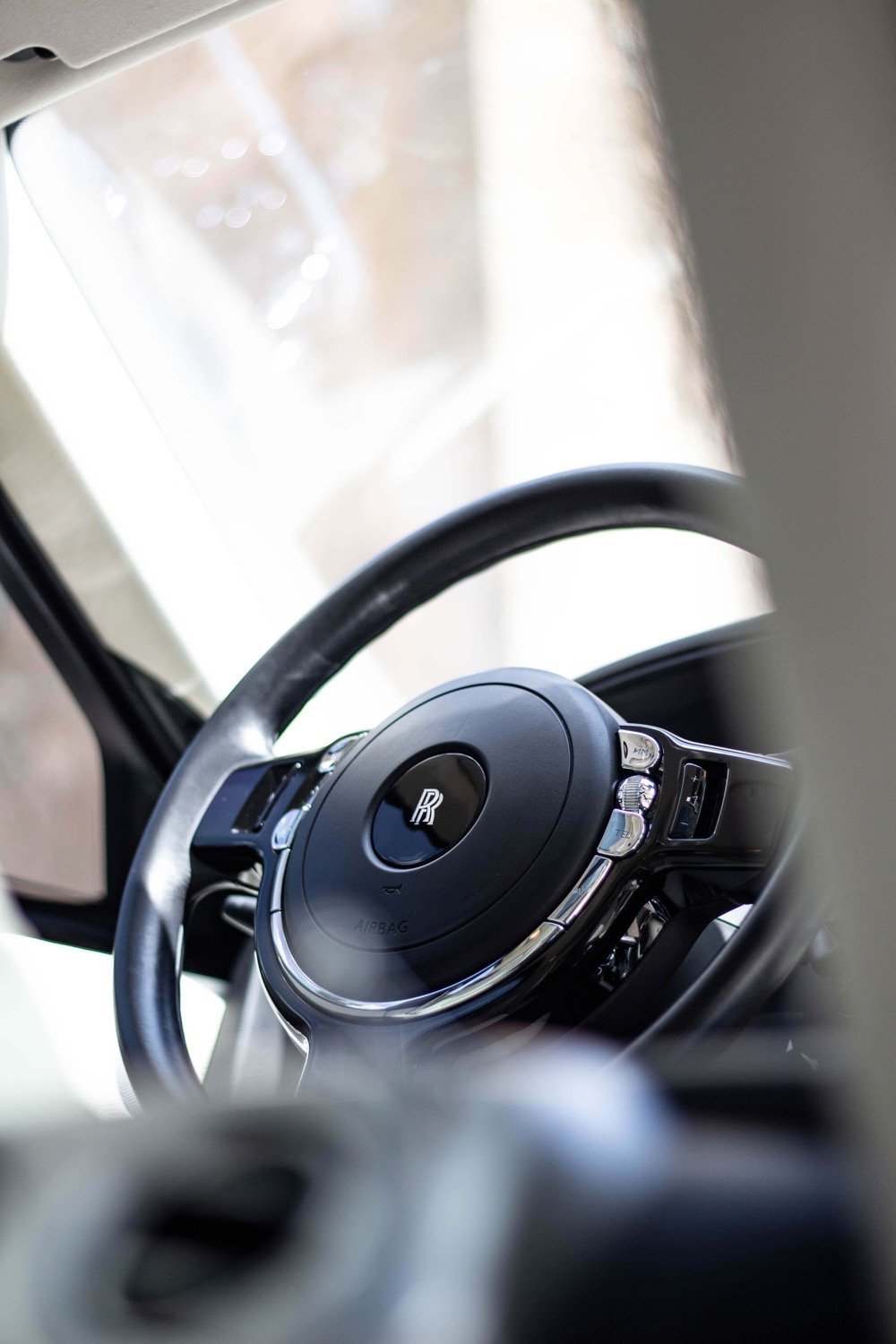 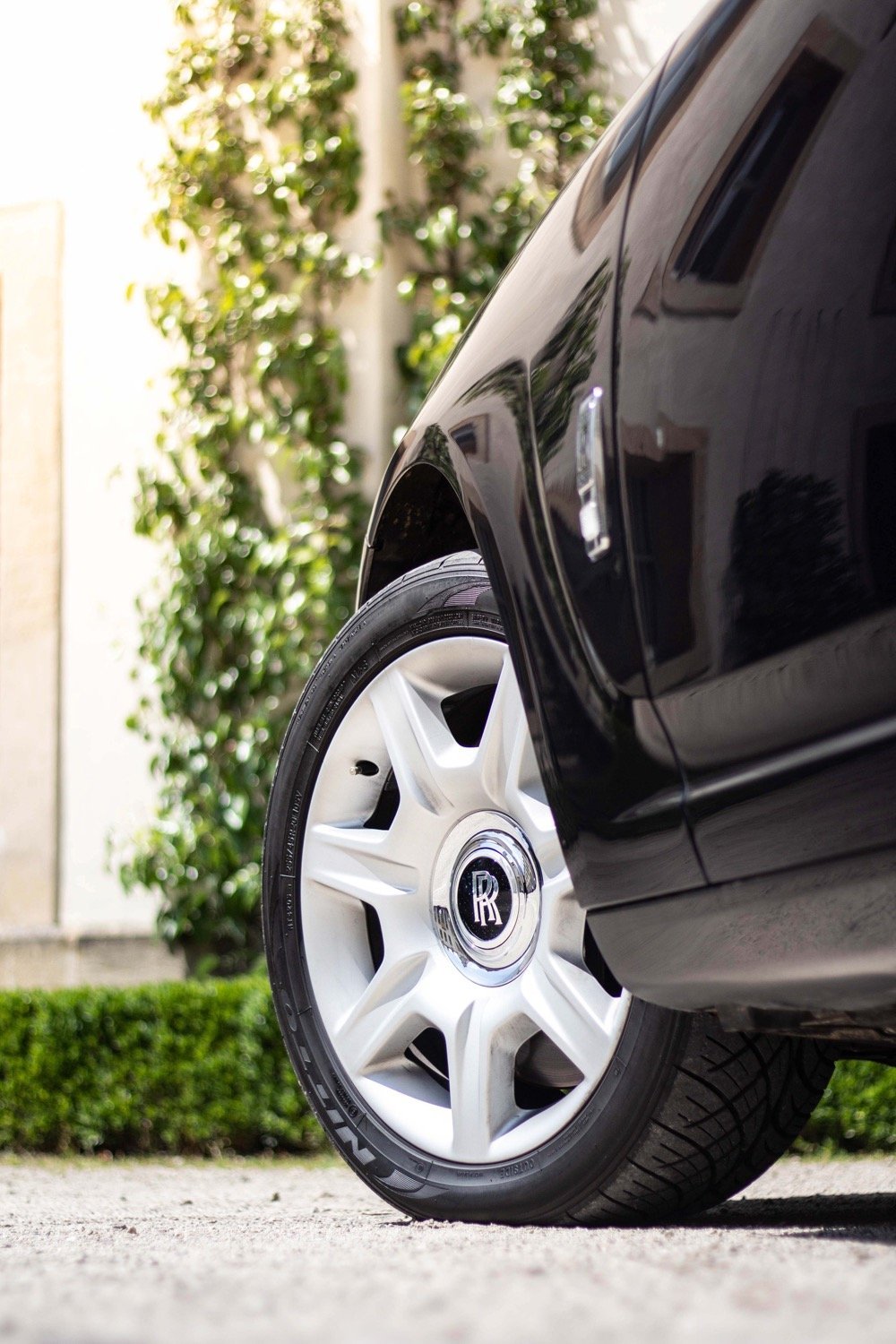