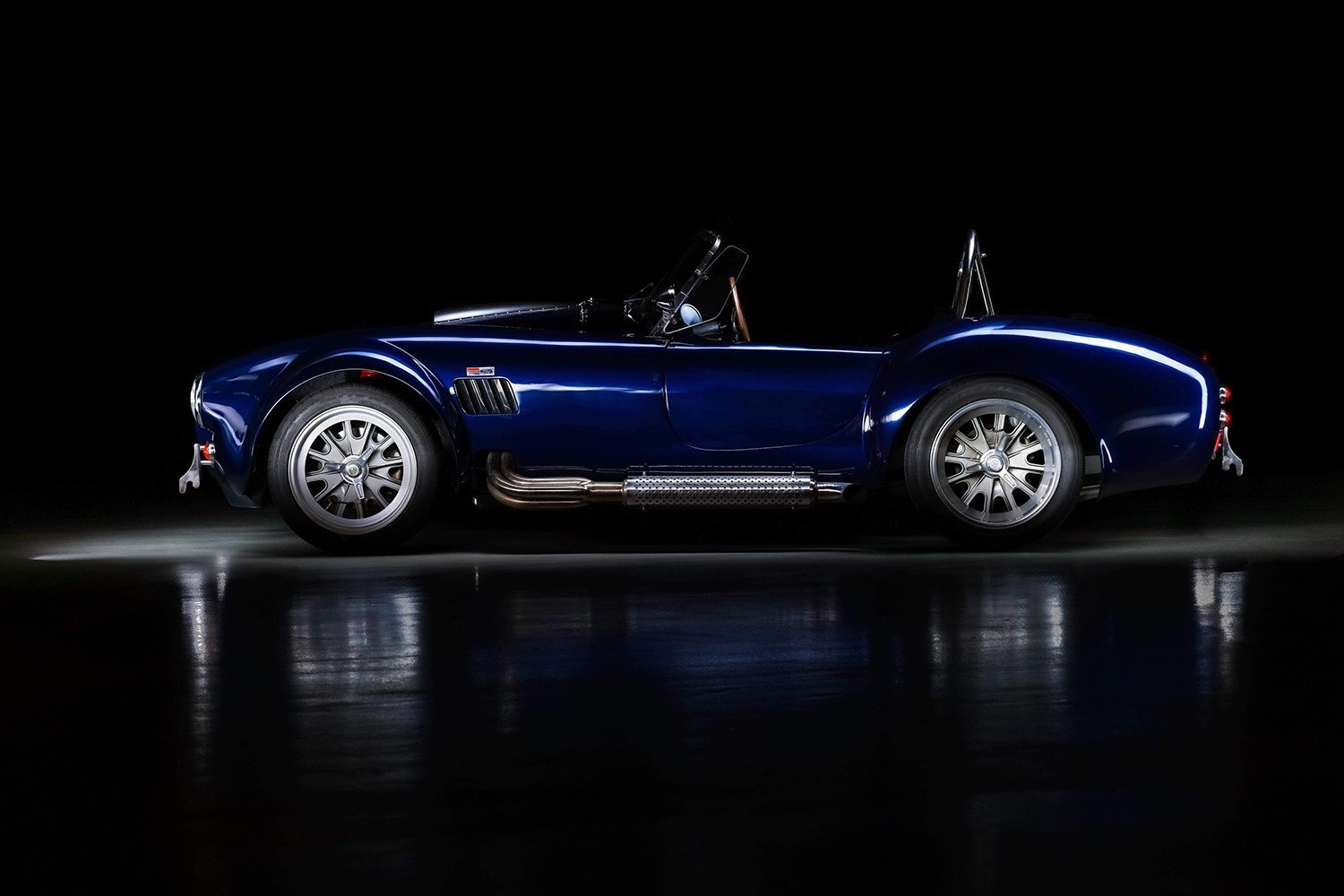 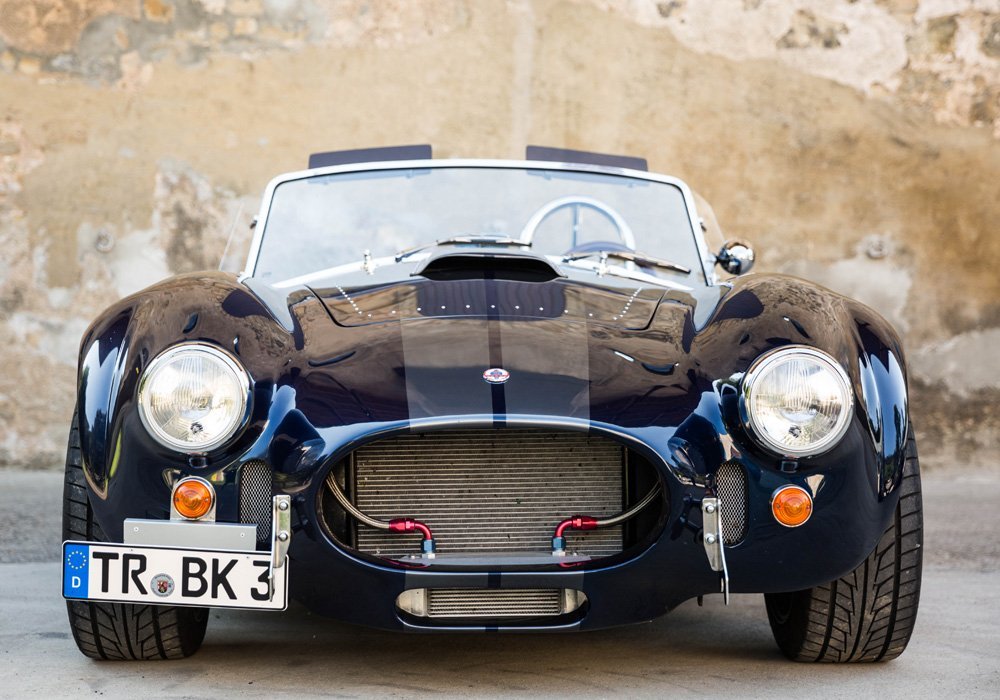 Even before he started racing professionally and won the 24 Hours of Le Mans, Carroll Shelby had a dream of building sports cars under his own name. In 1961, he got the news that AC Cars from England would stop production of their AC Ace model since the Bristol six cylinder engines weren’t available anymore. He realized that the light and nimble British roadster could be a perfect match for a powerful American V8 engine. He contacted AC Cars and they sent him an engine-less body to his shop in California. With some help from Ford Motor Company and a small team of mechanics, the first Shelby Cobra was introduced in 1962. It was powered by Ford’s 260 engine, and later with a venerable 289 V8, and it pretty soon took the sports car world by a storm.

In 1964, Carroll started working on the Shelby Cobra 427, an even more extreme version powered by a monstrous Ford big block 7 litre engine. It was insane to put this kind of engine in such a light car, but Shelby was not the guy who cared about sanity of his vehicles. Installing a 427 V8 proved to be more difficult and the Cobra body needed to be stretched and widened with necessary improvements to the chassis and suspension.

Only 348 original Shelby Cobra 427 were ever made (1965 to 1967). The original cars are one of the most sought after and expensive classic cars, often cherished and preserved by their owners. The prices go from 1 million dollars to 13 million dollars, but original cars rarely are for sale.

When a car is valued in the millions of dollars, the risks involved with taking it out for a spin — a wayward pebble nicking the paint job, for instance — are often too much to bear. Most of these Cobras have become museum pieces, relegated to climate-controlled garages where they sit between Duesenbergs, Pierce Arrows, and DuPonts. They are admired from afar.

This is where recreations, like our car come in. Ashley was hand-built in 2008 by Backdraft Racing, USA. The company was founded in January 2001 by 2 world champion auto racers, Tony Marten and Reg Dodd. It has evolved considerably over the past few years to established itself as one of the industry leaders in producing high quality, authentic recreations of the infamous British roadster with an American V8 that captured every car lover’s heart in 1965. It combines the historic looks of the original with the modern performance underpinnings of a BMW 3 series (suspension and braking elements).

A Cobra for driving, not posing

The Backdraft Racing Cobras have been extensively developed and refined in racing over many years. The tubular chassis has been designed to accept a five-link independent rear suspension with rubber mounted differential and coil over struts in the front.

The car is two inches longer than the original AC Bristol and Shelby Cobra and thus a great fit for taller drivers at the Club who would not necessarily fit in the original or other recreations.

The engine in our car is a 5.7L Ford Windsor V8 (351 cui) with 350 HP coupled to a 5-speed Tremec gearbox. In a car weighing less than a modern day Mini Cooper you can be sure to have your adrenaline shot delivered straight from the get go.

Why we love it

It is raw. It is loud. It is visceral. It also is desperately impossible to live with. A car designed to get your heart pumping and adrenaline rushing through your veins. It is a total blast to drive and when you think it couldn’t get any better, you catch a reflection of yourself in a shop window … life is good. 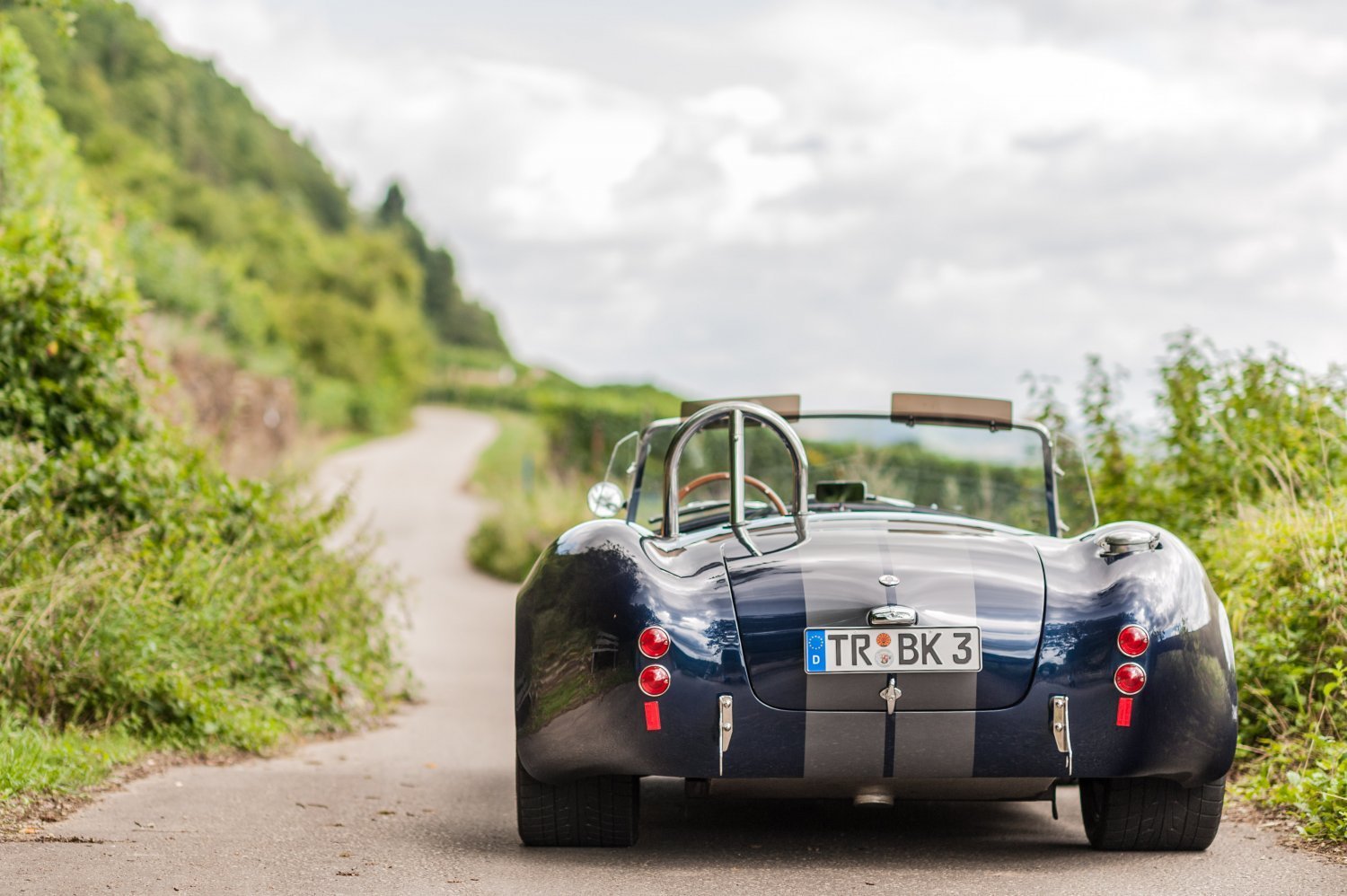 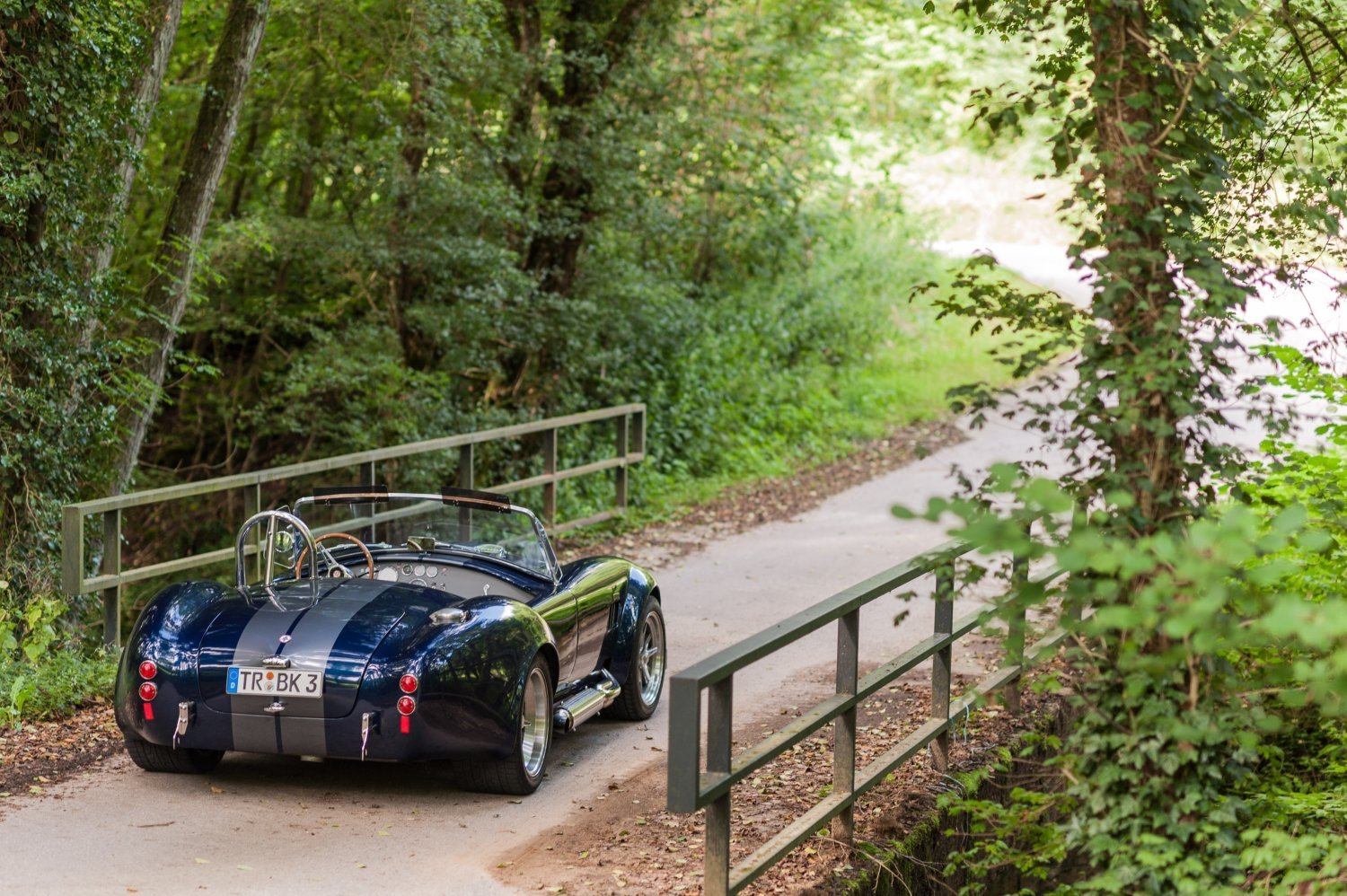 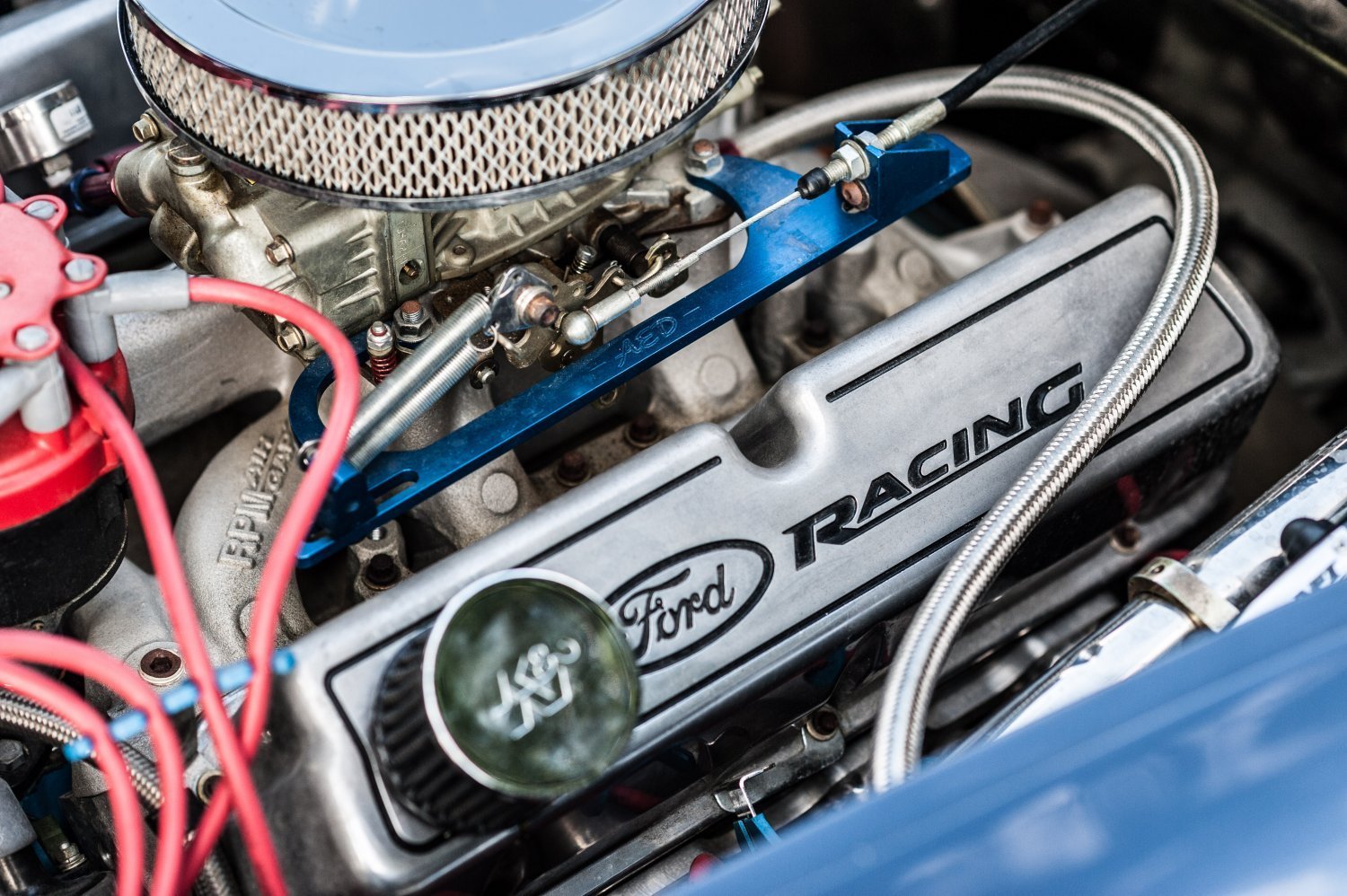 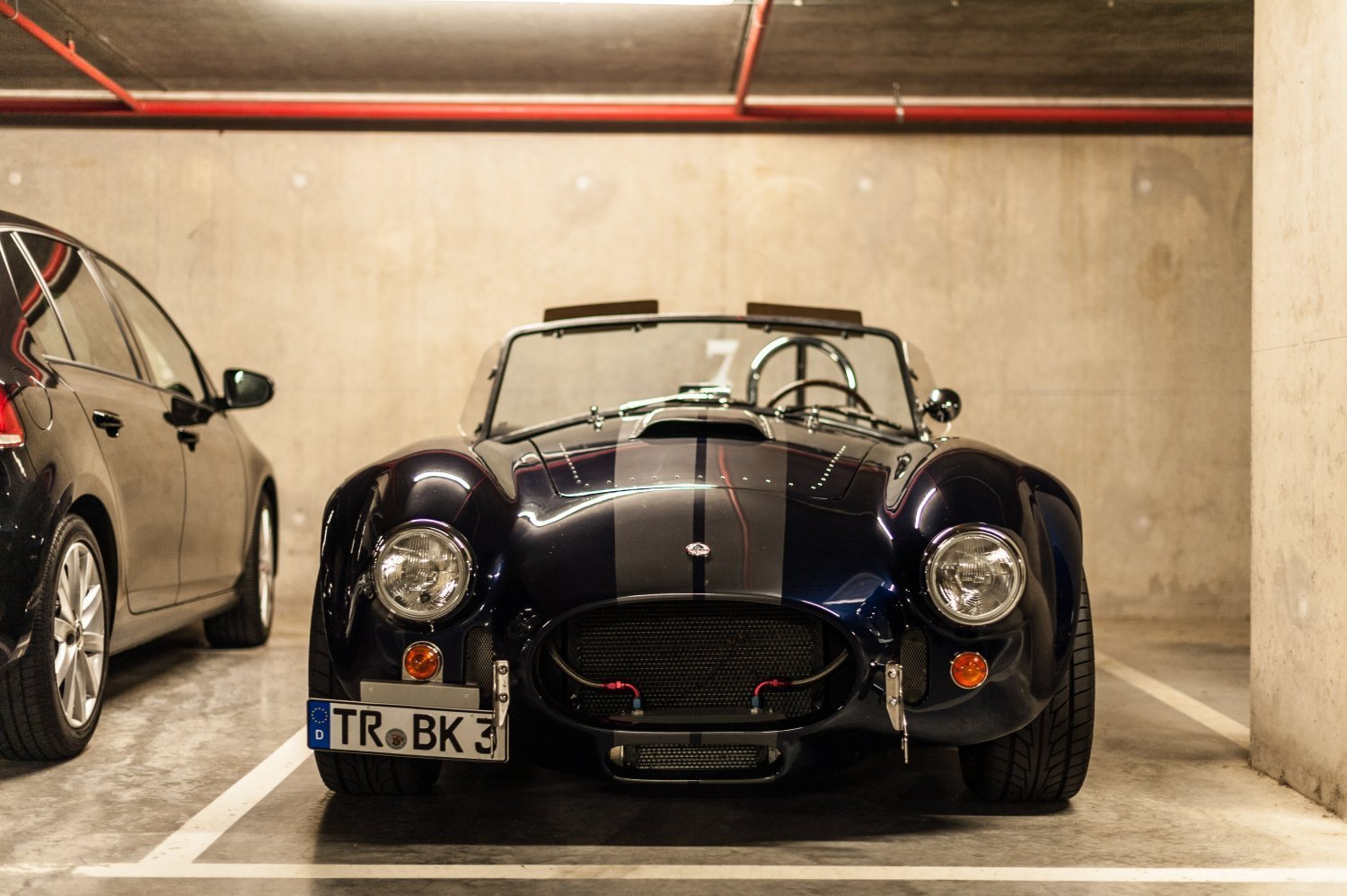 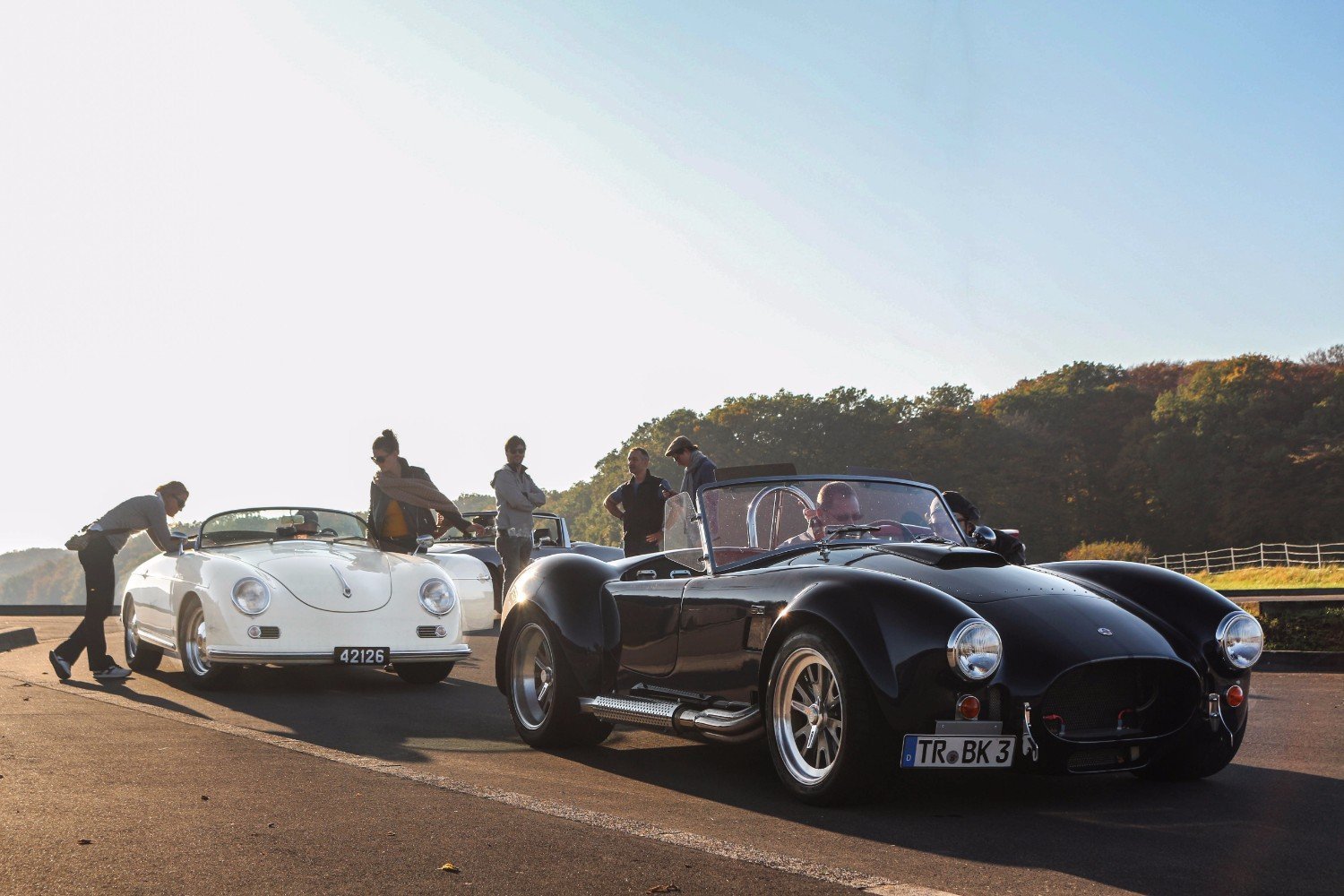 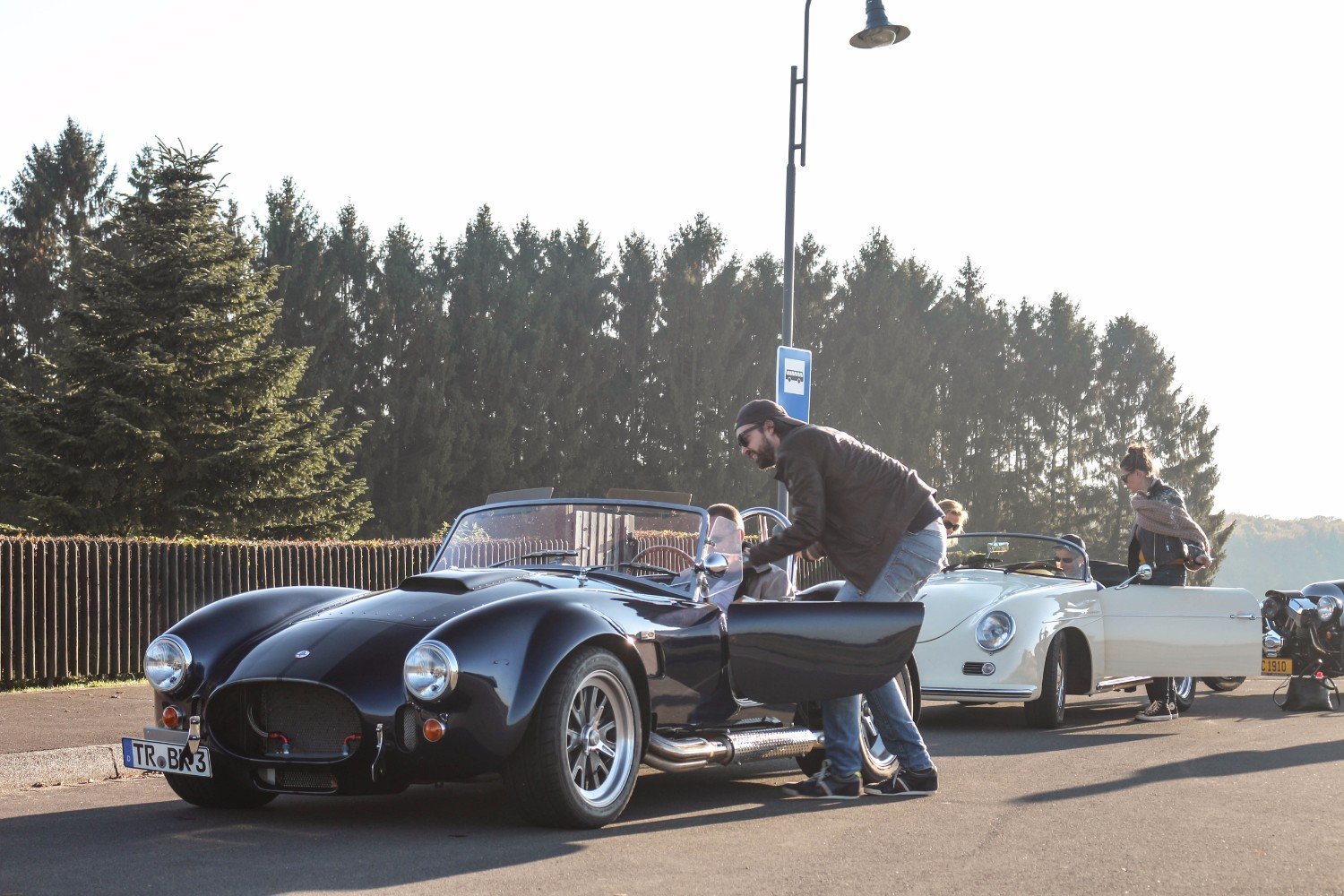 Photos 17 to 20 by Igor Sinitsin Photography.